Gainesville, Ga. – The Melvin Douglas and Victoria Kay Ivester Foundation has endowed two scholarships at the University of Georgia that will support UGA students who graduated from high schools in Gainesville or Hall County.

The scholarships are being established in memory of the late Howard E. Ivester. The World War II veteran and father of Doug Ivester passed away in 2008. He spent 43 years working for Milliken & Co.—New Holland Mills and was a member of Pleasant Union Baptist Church in Gainesville for more than 55 years.

“My father was a remarkable man who loved the Gainesville/Hall County community,” said Doug Ivester. “Naming these scholarships after him is but a small way for me to show my gratitude for all that he did to provide me with the foundation for life. The results of his guidance also allows us to continue our support of the University of Georgia and the fine students who graduate from high schools in Hall County.” 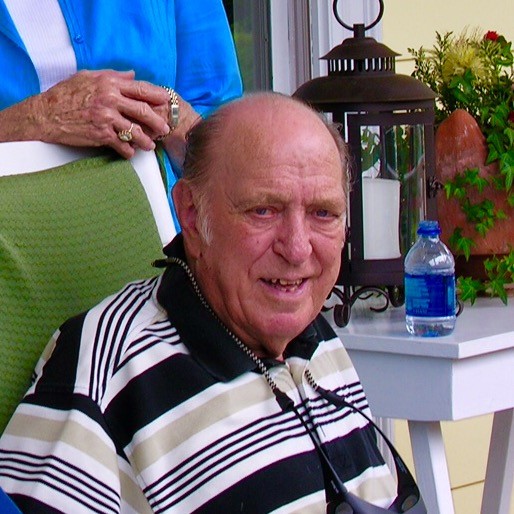 The late Howard E. Ivester, a longtime Gainesville-area resident and for whom two scholarships will be named at the University of Georgia.

Doug Ivester is a former Chairman and CEO of The Coca-Cola Company and President of Deer Run Investments, LLC. The New Holland, Georgia, native became the first in his family to earn a college degree when he graduated from UGA in 1969 with a Bachelor of Business Administration in accounting. Twice each year, the emeritus trustee of the UGA Foundation welcomes a small group of Terry College of Business students to Southwest Georgia property (Deer Run) to participate in a weekend-long program during which they hear from Ivester and other business leaders, and to enjoy a variety of outdoor activities.

Each Howard E. Ivester Scholarship will provide need-based support for UGA students who have graduated from a high school in Gainesville or Hall County. The scholarships, administered through the UGA Office of Student Financial Aid, are renewable for up to four years. Preference will be given to students in the Terry College of Business, Franklin College of Arts and Sciences’ archaeology program, College of Agricultural and Environmental Sciences and the Warnell School of Forestry and Natural Resources. The first scholarships will be awarded to a deserving student within the coming calendar year.

Both scholarships are being established through the Georgia Commitment Scholarship Program, which was announced during the State of the University of Address in January. Under the program, the UGA Foundation will match any gift to the university in the amount of $50,000, $75,000 or $100,000 to establish an endowed need-based scholarship. The program is expected to create as many as 400 to 600 new annual scholarships.

“UGA is committed to retaining the best and brightest Georgia residents through scholarship support, and to ensuring the affordability of a college education,” said Kelly Kerner, UGA vice president for development and alumni relations. “These scholarships will allow UGA to continue to attract outstanding students from Hall County and ensure that qualified students are not prevented from enrolling at UGA due to financial obstacles. We appreciate the Ivesters’ support of need-based scholarship support at the University of Georgia.”