A.J. Green left his stamp on the University of Georgia’s football program as a playmaking pass catcher. He now has built upon his legacy, not only as an NFL superstar, but also through his generosity to UGA. Earlier this year, he received UGA’s 2017 Young Alumni Award for his selfless attitude.

“My time at UGA is still close to my heart. It was definitely important for me to give back while I’m still playing professionally and I’m fortunate that we are able to do that.”
A.J. Green

A.J. and his wife, who live with their son in Atlanta during the off-season, have stipulated that their football scholarship is awarded to a student who represents UGA “in an outstanding manner in the classroom as an honor student, on the playing field, in the community, and who also demonstrates a commitment to the university and its football program.”

“I’m very excited and very thankful that we were in the position to give back to the University of Georgia,” Green said. “My time at UGA is still close to my heart. It was definitely important for me to give back while I’m still playing professionally and I’m fortunate that we are able to do that.”

A.J. Green recently returned to campus to work out at the new indoor practice facility.

Green was inspired to support students facing financial obstacles to following their dreams by his middle school football and basketball coach, Louis Mulkey. Mulkey died in 2007 while working as a Charleston firefighter.

“His big thing was helping kids realize their full potential,” Green said. “He pushed me every day to become the best I could be, on and off the field. Having the opportunity to pay the way for [students] who otherwise couldn’t is a great way for me to help them realize their potential. That was very important to me.”

In addition to supporting scholarships at UGA, Green dedicates himself to empowering youth by providing educational opportunities to those in underserved communities. He gives to numerous nonprofit organizations to build youth community centers and scholarship funds for teenagers in his hometown of Summerville, South Carolina. He remains highly involved with his high school, where he donated money for the purchase of new computers and athletic equipment. He also financially backs and serves as a mentor at the A.J. Green Skills Camp, a football camp for high school students in Summerville.

Green not only exemplifies greatness as an all-pro wide receiver, but he also is a shining example of someone who chooses to recognize the opportunities and people who helped pave the way to his successes by giving back. Thank you, A.J.. 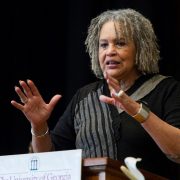 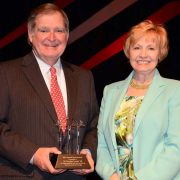 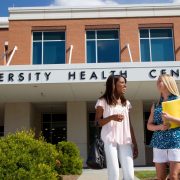 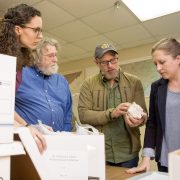 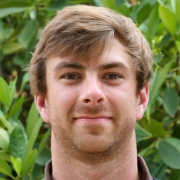 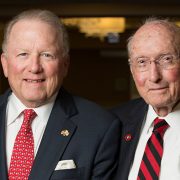 ?>
Educators’ gift inspires others to ‘pay it forward’

Answering the Call
Scroll to top