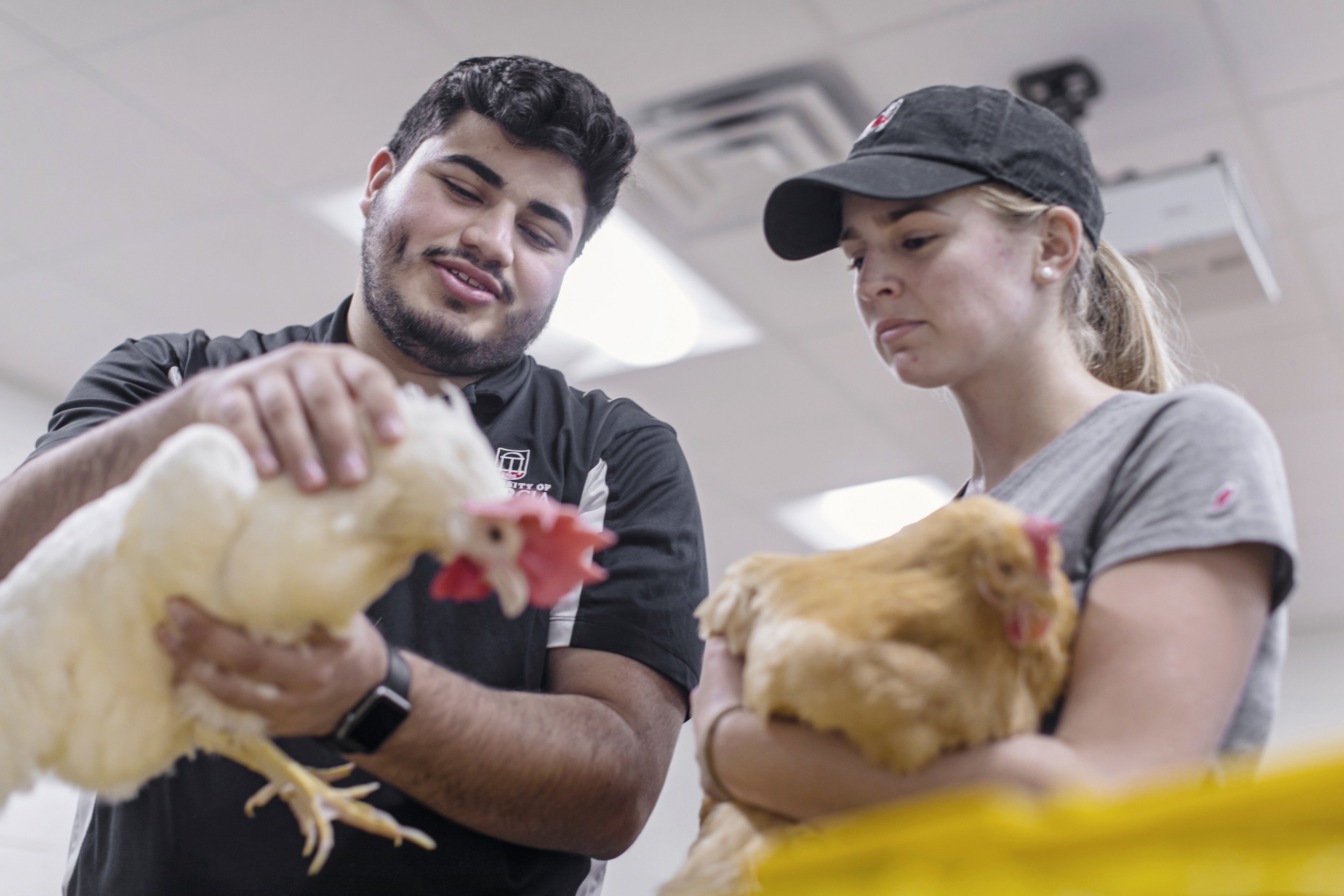 “We are able to fund critical research and recruit students at UGA and other universities from coast to coast thanks to the support of so many exhibitors at the International Production & Processing Expo, our members who patronize these exhibitors and contributors to our $11 million Foundation capital campaign several years ago,” said USPOULTRY President John Starkey.

Since 1993, more than $6,164,000 has been provided in research funding to UGA, with another $396,340 provided for student recruitment since 1994. Combined, these contributions have allowed the UGA College of Agricultural and Environmental Sciences’ Department of Poultry Science to both recruit students and conduct research that has helped the department grow its impact on students and on the poultry industry.

USPOULTRY’s research program, combined with the USPOULTRY Foundation, has funded more than $32 million in research grants to various colleges and institutions to meet the challenges facing the poultry and egg industry.

“Research funding from the U.S. Poultry & Egg Association has been instrumental for our poultry faculty to address critical, problem-based issues faced by the poultry sector,” said Todd Applegate, professor and department head of the UGA Department of Poultry Science. “The range of projects addressed often would go unfunded by other sources, but are critical to the lives and livelihoods of the poultry producers and poultry processors and those in the communities in which they operate.”

For instance, funding from USPOULTRY has been vital to fighting diseases that, left unchecked, could damage the poultry industry or sicken the public.

“Often the roadblock to conducting timely research on current industry problems is securing funding. Funding from the U.S. Poultry & Egg Association for projects at the Poultry Diagnostic and Research Center (PDRC) has led to new, more specific and rapid diagnostic tests targeting emerging disease agents, as well as studies on vaccine efficacy and the development of new vaccines against economically important diseases.”