Originally written by Matt Chambers and posted on UGA Today on August 31, 2018.

The University of Georgia formally unveiled a major enhancement to the west end zone of Sanford Stadium Friday morning as officials from the university and UGA Athletic Association held a ceremony to highlight the updated facilities.

“This extension, renovation, and expansion project has made Sanford Stadium, already one of the finest college football environments, even better,” said President Jere W. Morehead. “It is one more step that the University of Georgia is taking to reach new heights of excellence across all our athletic programs, and I want to thank each and every donor who contributed to this important project.” 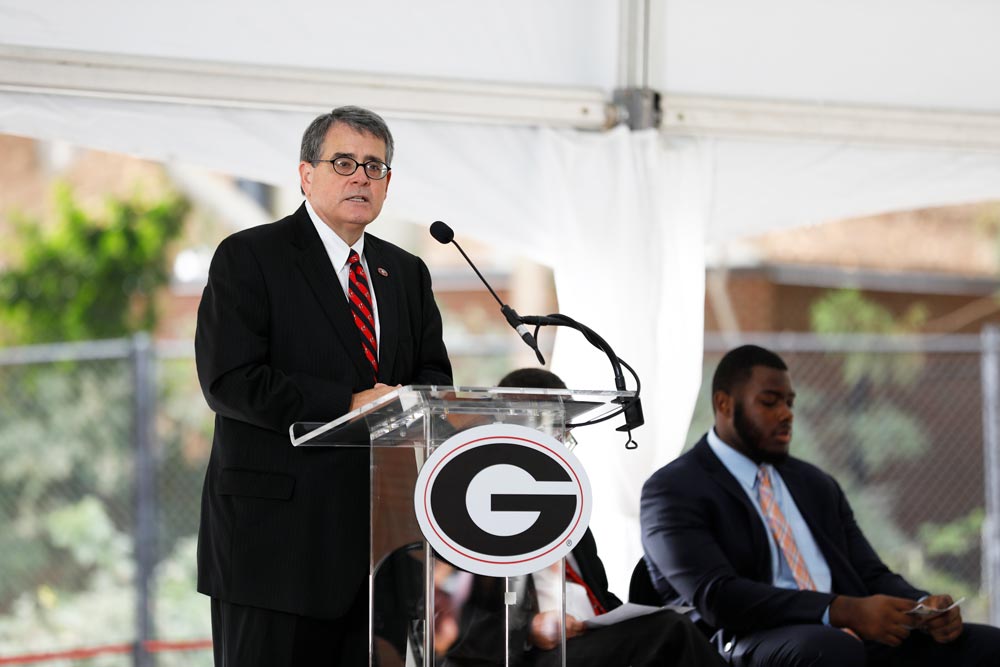 “We are thrilled to officially dedicate the new west end zone project, which will create a new game-day experience for our current and future student-athletes, as well as our fans attending the game this Saturday,” said Greg McGarity, J. Reid Parker Director of Athletics. “This facility is unique to Georgia and to Sanford Stadium. We are especially grateful to the members of the Magill Society who have helped generate the gifts necessary to make this project a success.”

The $63 million project, funded largely by donor support, covers 120,000 total square feet of new and updated space. Part of that space is a 10,500-square-foot hospitality lounge that is used for hosting prospective student-athletes and their guests on game days. The lounge is the first of its kind at Sanford Stadium for the Georgia football program.

“We’re very excited to open our new West End Zone facility. I certainly think it’s a first-class facility, best in the country when it comes to hosting student-athletes and prospective-student athletes on game day events,” said head football coach Kirby Smart. “Sanford Stadium is one of our feature showpieces, so to be able to enjoy that environment and have a great place to host them on game day, that’s a great advantage. Downstairs our locker room will give our players a tremendous place to be able to get ready for a game.” 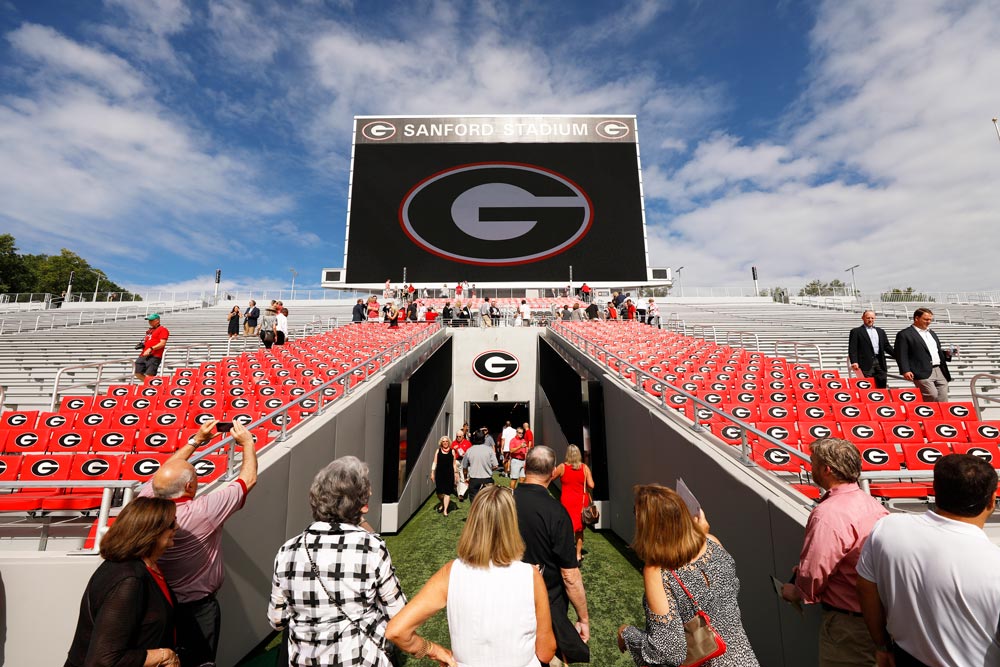 In the past, the football team occupied a dressing room on the east end of Sanford Stadium, but it was only used as a staging room for pre-game, halftime and post-game activities. The new facilities on the west end nearly doubled the amount of square footage for the team and includes fully equipped locker and shower facilities. There also are a number of additional support spaces for things such as sports medicine, equipment and coaches’ locker rooms.

The fan experience also received a major boost with the new plaza replacing all existing entrances in the stadium’s west end. The plaza includes expanded and enhanced concession and restroom facilities as well as a new video board that is 33 percent larger than the previous one.

Invest in the success of UGA Athletics by joining The Magill Society.