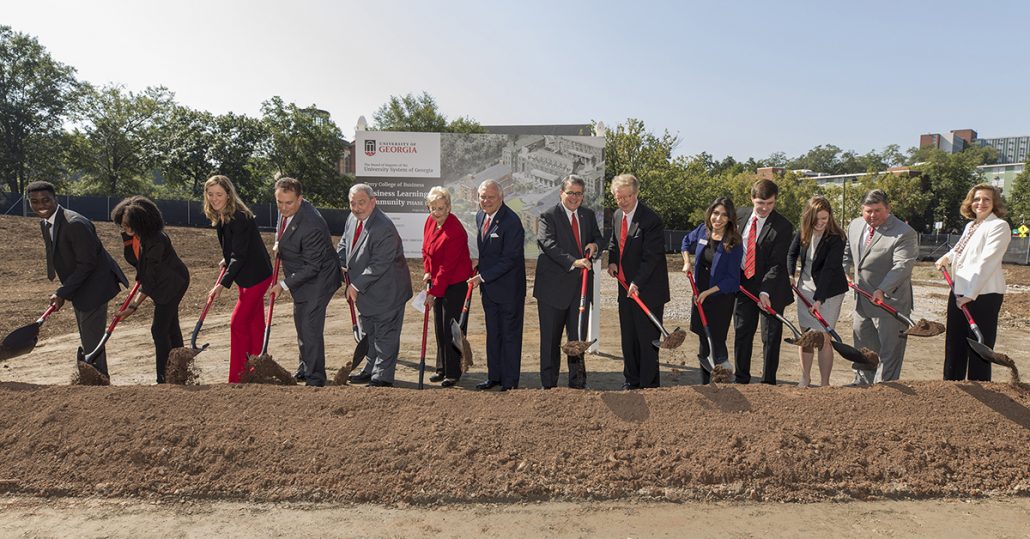 On Sept. 15, the University of Georgia’s Terry College of Business celebrated the expansion of its new home, the state-of-the-art Business Learning Community, with a dedication and groundbreaking ceremony.

“These new facilities for the Terry College of Business are a tremendous investment in our state’s future,” said Gov. Nathan Deal. “Our higher education institutions play an important role in the economic development of our state and local communities. The thousands of students who are educated here will become the business leaders of tomorrow, ensuring prosperous days ahead for all Georgians.” 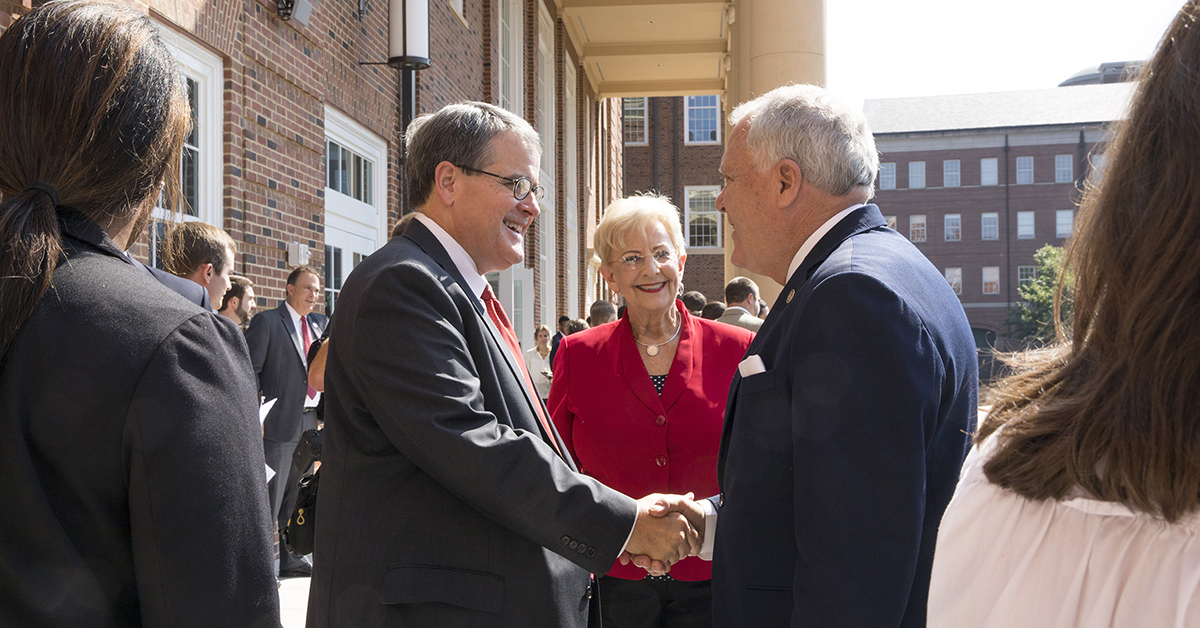 Construction of the complex’s second phase, composed of Amos Hall, Benson Hall and Moore-Rooker Hall, was completed in the summer. Students have been attending classes in the buildings since August. Following the dedication, the college ceremonially broke ground on the third and final phase of the Business Learning Community.

“Our institutions play a vital role in preparing the workforce, and the University of Georgia is developing the talent needed for the bright future of this state,” said University System of Georgia Chancellor Steve Wrigley. “We are grateful for the support of Governor Deal, the State Legislature and alumni and donors who together make it possible for the Terry College of Business to prepare students to compete, innovate and lead in the global economy.” 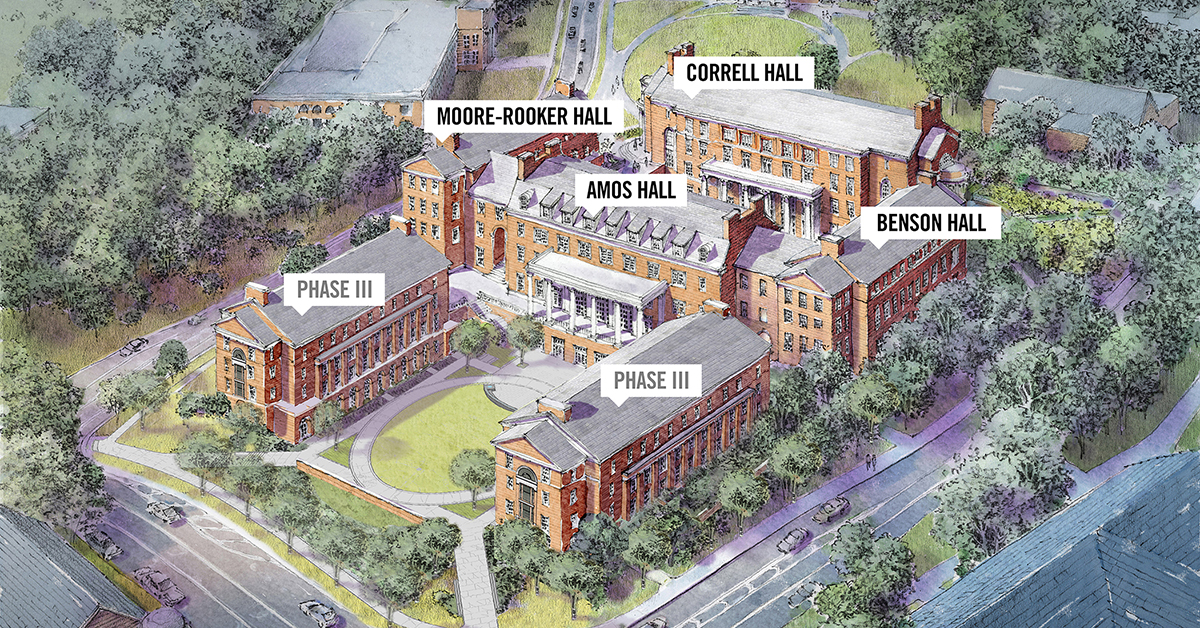 An artist’s rendering of all three phases of the Business Learning Community.

In all, Phase II spans approximately 140,000 gross square feet and includes two large auditoriums, eight classrooms, a capital markets lab, a music business lab, an undergraduate commons, team rooms, and offices for faculty and staff members. Its construction was supported by $49 million in state funds and $14 million in private donations.

“Today we are celebrating more than bricks and mortar—we are celebrating the great partnership between the university, our alumni and friends and the state of Georgia,” said UGA President Jere W. Morehead. “The University of Georgia is grateful for the deep support that exists for our institution and its outstanding Terry College of Business.”

At the center of Phase II is Amos Hall, named in honor of Daniel P. Amos of Columbus. On the east side facing Lumpkin Street stands Benson Hall, named for one of Athens’ most community-minded families: patriarch W. Howard Benson, son H.E. “Ed” Benson and grandson Larry R. Benson. Moore-Rooker Hall, on the west side facing Hull Street, is named in honor of the family of Dudley L. Moore Jr. and the family of John W. Rooker, both of Atlanta.

Correll Hall, which comprised Phase I of the Business Learning Community, houses the Terry College’s graduate programs. Opened in 2015, the 74,000-square-foot facility includes a business innovation lab, classrooms, project team rooms and a graduate commons. Funded entirely by private contributions, the $35 million facility is named in honor of Pete and Ada Lee Correll of Atlanta.

The third and final phase of the Business Learning Community will include two buildings located at the northwest corner of Lumpkin and Baxter streets. The new buildings, which are scheduled to open in 2019, will house additional classroom space, faculty and staff offices, and conference rooms.

View other images of the Business Learning Community.

Read more about the Bensons on page 47 of the fall issue of Georgia Magazine.