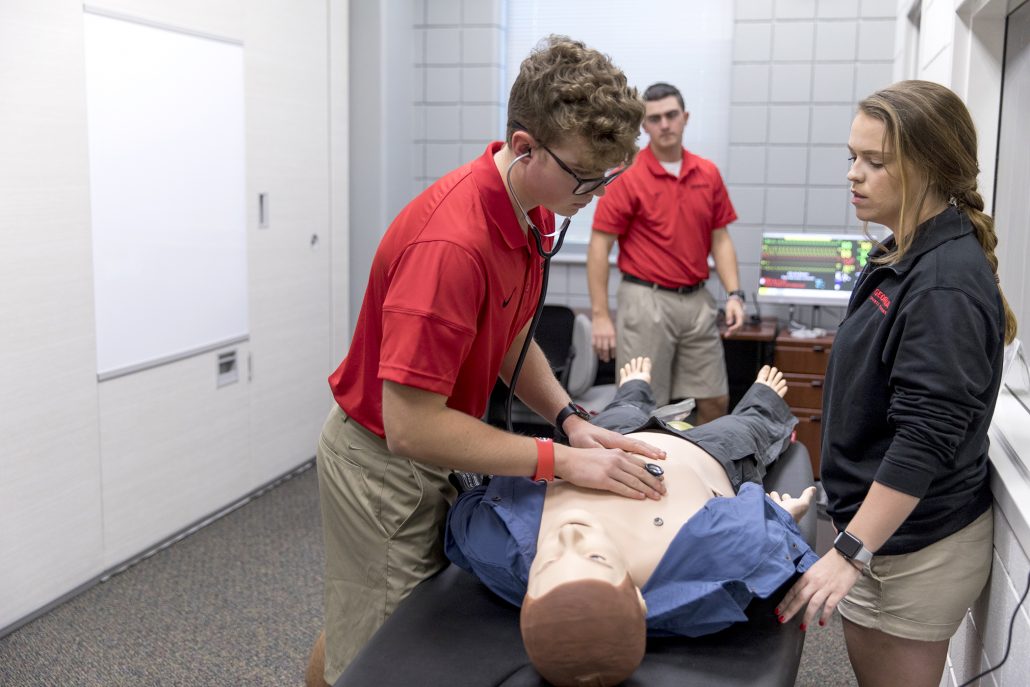 This news release was originally published by UGA Today on October 20, 2017.

Athens, Ga. – Athletic training students and faculty at the University of Georgia have a new way to learn about sports injuries and treatments thanks to a recent gift.

During an afternoon ceremony on Thursday in UGA’s Ramsey Center, officials and faculty with the UGA Athletic Department and the UGA College of Education officially opened the new Athletic Training Simulation Lab in the department of kinesiology. The lab, which is located on the second floor of Ramsey’s academic wing, is equipped with video cameras and realistic looking “SimMan” mannequins to allow students the opportunity to practice athletic training methods in a simulation environment.

The state-of-the-art equipment was made possible by a donation from Susan Harrison and her husband, the late Dr. J. Harold Harrison. The Augusta residents requested the gift, which was part of a larger donation to UGA Athletics, be used for athletic training education. Using the gift to create the new lab in the UGA College of Education’s department of kinesiology was a good fit, said Bud Cooper, clinical associate professor and athletic training program director.

“We’re very excited about getting these,” said Cooper, who led a tour and demonstration of the mannequins during the opening. “This is where the future is going, and we feel the program here at UGA will continue to be at the forefront of athletic training education with the addition of this laboratory space.”

The lab’s video cameras will allow students to record themselves while conducting assessments, and later review and critique their performance with a professor. A central control room will allow an instructor to control the cameras as well as the mannequins. For example, said Cooper, he can put a football helmet and pads onto a mannequin and have students simulate strapping an injured player to a spineboard and carry them off a playing field-all while allowing the instructor to have voice interaction with the students through the mannequin to mimic a live patient. The mannequins are also programmed to simulate certain conditions, such as cardiac arrhythmia. 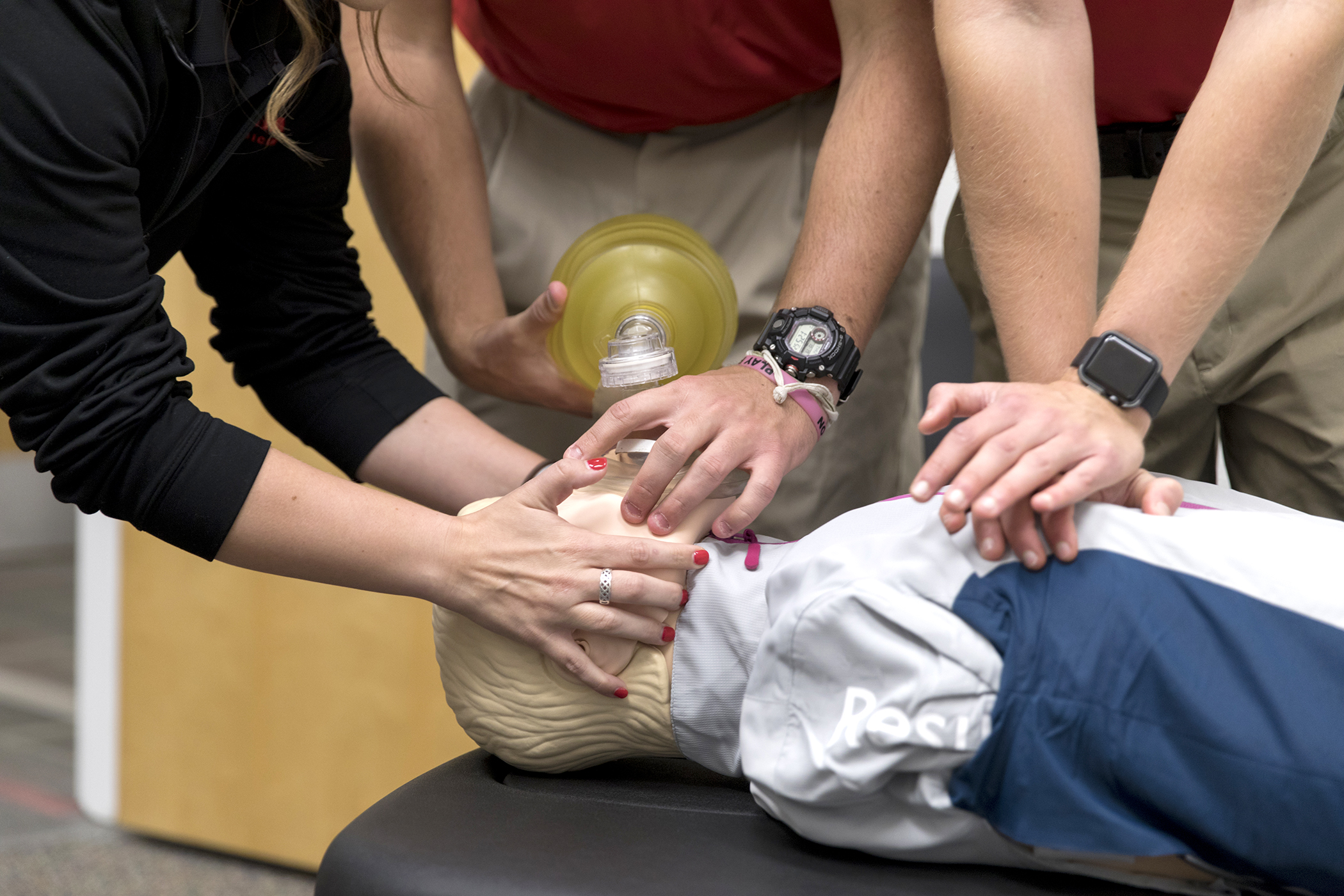 “I can use the microphone to say, ‘I’m not feeling well,” and I can manipulate the mannequin to show a change in their vital signs,” said Cooper. “I can have its heart rate drop or go up, I can have the respiration go up or down-the chest literally rises and falls. It’s very much like a human.”

The lab will be used in conjunction with a variety of athletic training courses, covering topics such as lower- or upper-body injury evaluation, rehabilitation, and a class covering systemic conditions that must be recognized by vital signs.

Construction of the state-of-the-art lab is one more way UGA is enhancing the learning environment for its students, a priority of the university’s Commit to Georgia Campaign. The tools offered in the Athletic Training Simulation Lab will be invaluable as the kinesiology department transitions to a master’s-level athletic training program over the next several years.

“I’m excited that our students will have this opportunity for hands-on training in a lab environment, which enhances their overall learning experience,” said Janet Buckworth, professor and head of the department of kinesiology. “We are extremely grateful for the Harrisons’ generous gift benefiting athletic training education.”

Cooper said the new mannequins will continue to build upon the quality education UGA’s athletic training students receive. Until now, students would only gain this type of hands-on experience when they encountered conditions on real patients. “This way, they are literally able to practice it on demand, because the conditions are pre-programmed into the mannequin,” Cooper added. “It makes for as close to a live situation as we can get it.”

Dr. J Harold Harrison attended UGA before receiving his medical training from what is now Augusta University. He went on to become a pioneering vascular surgeon, but never forgot his small-town Georgia roots and believed strongly in educational opportunity. The Harrisons have made previous contributions to UGA that have helped outfit the department of kinesiology’s Athletic Training Lab with new equipment and exam tables, and created the Harold Harrison Sports Medicine Center as part of the expansion of the Butts-Mehre Athletic Heritage Hall.