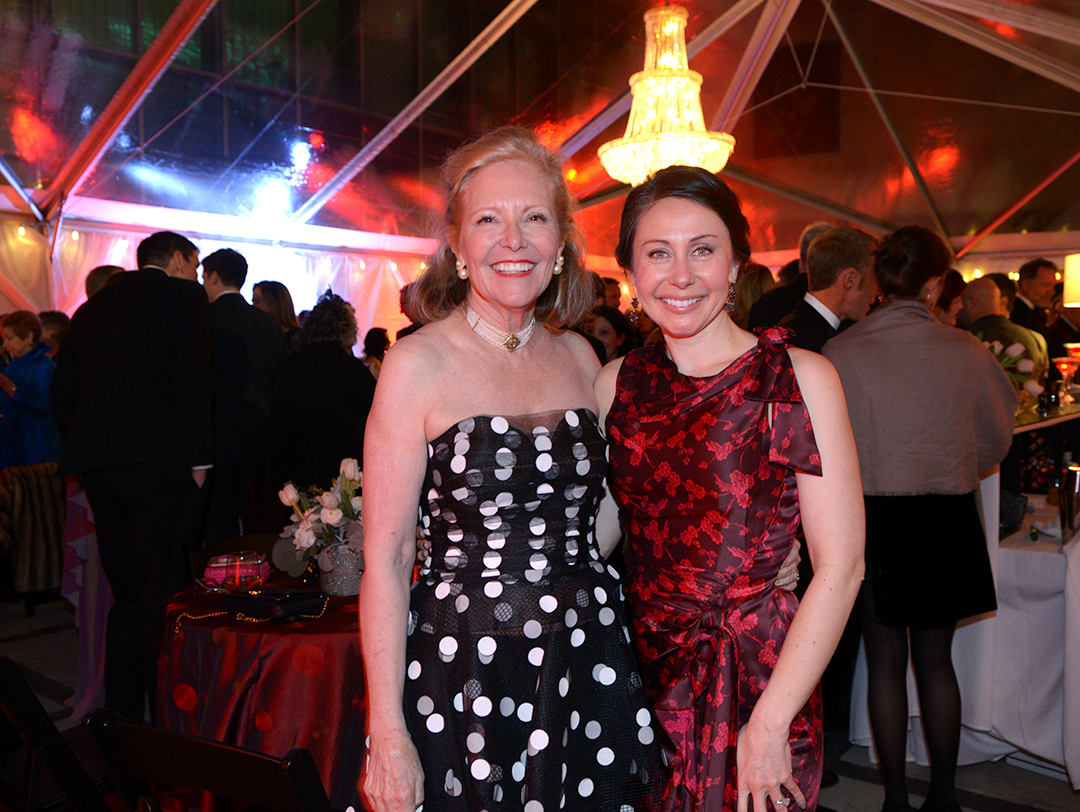 Originally posted on the Georgia Museum of Art’s blog on January 31, 2019. Written by Taylor Lear.

On January 26, more than 300 guests arrived at the Georgia Museum of Art for Elegant Salute, its biennial fundraiser. The theme of the event was “An Imperial Evening,” coinciding with the museum’s newest exhibition of Russian art: “The Reluctant Autocrat: Tsar Nicholas II,” on view through March 17.

After starting the evening with cocktails in the Jane and Harry Willson Sculpture Garden, guests enjoyed a Russian-themed dinner in the museum’s M. Smith Griffith Grand Hall. A James Bond-inspired dance party, “From Russia with Love,” followed the dinner, with dessert, drinks and dancing to tunes spun by DJ Mahogany until well into the night.

In the end, this year’s fundraiser resulted in more than $300,000 for exhibitions and programming at the museum that will serve our audiences from Athens, the state of Georgia and beyond. We want to thank everyone who made this event possible: volunteers, staff, chairs, donors and more. We would not have been able to pull off this event for the 16th time without each of your contributions.

We would specifically like to thank Sarah Kraft Peterson and Isobel “Ibby” Parker Mills, the event’s co-chairs, for all of their hard work over the previous months. Ham Magill, Gordhan Patel and David Matheny were in charge of fundraising, and they significantly surpassed their initial goal of $200,000 in sponsorships. Devereux Burch, Airee Edwards, Bree Hayes, Mike Landers, Evelyn Dukes, Maggie Hancock and Ligia Alexander all outdid themselves as committee chairs. Finally, we would like to recognize our development team at the museum, including Heather Malcom and Anna Conrad. Our director of donor relations, Michele Turner, worked tirelessly to make this event as successful as it was, and we are all so thankful for all that she does for the museum.

Images from the event will soon be available on Georgia Museum of Art’s Flickr page, and photo booth images are available now at the Athens Photo Booth site.

University System of Georgia Foundation raises more than $900,000 for need-based...
Scroll to top