Students in the University of Georgia’s Horticulture Club are growing more than plants. They’re also growing support for current and future Bulldogs.

The UGA Horticulture Club is a student-run organization open to students of all majors. Members of the club work throughout the year to grow plants for the club’s fall and spring plant sales.

“The club is an intersection of two things,” said club advisor and horticulture professor Matthew Chappell. “It’s for anyone who likes plants, from house plants to succulents to outdoor trees and shrubs, and it’s a clearinghouse for students to give back through a number of ways.”

The club works with organizations like The Campus Kitchen and Extra Special People and participates in renovation projects throughout the community.

“We have our hands in a lot of different baskets,” Chappell said.

Philanthropy has been a tenet of the club since before Chappell joined UGA as a faculty member in 2007, but 2011 brought a shift in the club’s commitment to scholarship donations. Students made the decision to expand the plant sale to better support scholarships.

Now, the club brings in approximately $60,000 to $70,000 in revenue at the spring and fall plant sales, the club’s largest fundraisers. The club also sells roses each February for Valentine’s Day. A portion of that revenue supports club operations and $6,000 to $7,000 in club scholarships awarded to members, but students of the club make the ultimate decision on where the money will go. 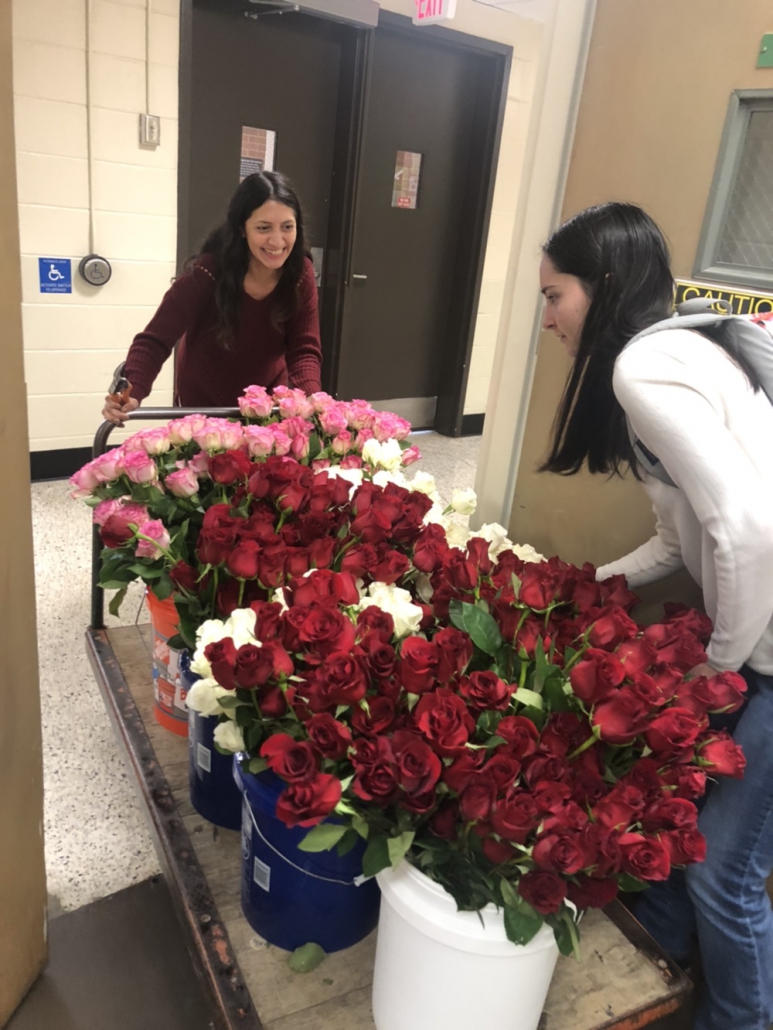 Members of the UGA Horticulture Club prepare for the club’s spring rose sale. Each year, club members sell bouquets for Valentine’s Day to fundraise for club operations, trips and scholarships.

This year, students of the club voted to give $25,000 to the Horticulture Scholarship Fund, a non-endowed fund that provides scholarship support for horticulture students.

The remaining $2,200 of this year’s gift supported the Paul Thomas Floriculture Scholarship Endowment, an endowment named for a former advisor to the club who died shortly after his retirement in 2019. Before the Horticulture Club made this gift, the fund had not met the $25,000 required to fully endow the fund. When members of the Horticulture Club learned they could help the fund reach endowment, they decided to contribute.

Many of the upperclassmen in the UGA Horticulture Club knew Thomas while he was a faculty member at UGA. Some spent time with him in his greenhouse management class.

“That was a large driving force behind the students wanting the scholarship fully endowed,” Chappell said.

When asked why the club chooses to take a community focus, Chappell answers with another question: why not?

Additionally, the plant sales offer “boots-on-the-ground experience” to students, Chappell said. From growing to marketing to customer service, the skills they build through the club will translate to their careers.

Students will apply these skills at this year’s spring plant sale, which will take place at the South Milledge Greenhouse Complex during the first two weekends of April.

To abide by capacity limits resulting from the COVID-19 pandemic, attendees are asked to register for a time slot before attending.

Money from the sale will allow the UGA Horticulture Club to continue its commitment to philanthropy. By supporting scholarships, the club grows a legacy that will be harvested for years to come.

Ally Huizer’s scholarship empowered her studies and her service