Savonte Wilson always wanted to help people and attend UGA. His scholarship let him do both.

Savonte Wilson ’21 is attending his dream school thanks to the Beth and Barry Storey Family Scholarship.

Savonte is involved in a long list of extracurricular activities, including collegiate ministries, youth mentorship, a UGA choir, and community theatre.

His major is psychology, which he hopes to combine with his lifelong joy of working with children.

“If it weren’t for the kindness and generosity of the Storeys, I wouldn’t be at UGA. This scholarship has allowed me to grow in my faith, grow in my major, and get more involved at UGA.”

There was never a doubt where Savonte Wilson ’21 wanted to go to school.

“I always wanted to come to UGA—it was my dream school,” said Savonte. “I made the grades for it and everything: I had a 4.0 throughout high school. I was determined to come here.”

Savonte, a Moultrie, Georgia, native, was accepted to the University of Georgia on St. Patrick’s Day 2017, but it was tough to celebrate. Even with numerous scholarships from his high school, there were many expenses to cover, and his single-parent household couldn’t handle the burden.

“My mom and my sister were kind of against me going to UGA because they didn’t want me to take out loans,” said Savonte. “I just couldn’t take that. I didn’t want to not go to UGA.”

So, he talked with people, weighed his options, and prayed on it. Then he got an email from a UGA address — it was from the Office of Student Financial Aid notifying him that he would receive a scholarship.

Savonte had become the first recipient of the Beth and Barry Storey Family Scholarship, a scholarship set up by Barry Storey (BSA ’82), a UGA Foundation Trustee, and his wife as part of the Georgia Commitment Scholarship program.

“If it weren’t for the kindness and generosity of the Storeys, I wouldn’t be at UGA,” said Savonte. “This scholarship has allowed me to grow in my faith, grow in my major, and get more involved at UGA.” 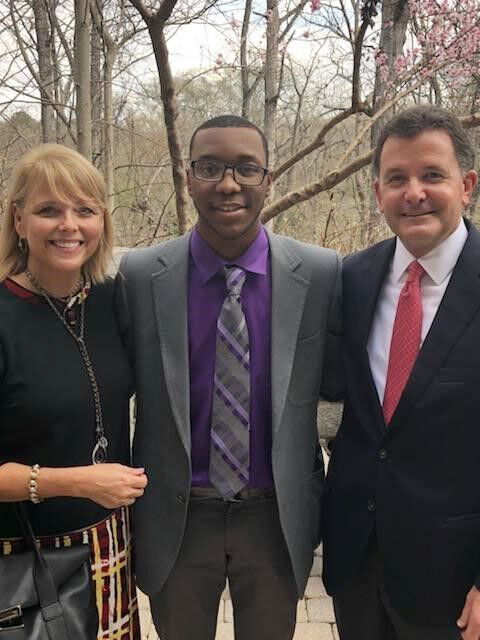 Savonte with his scholarship donors, Beth and Barry Storey

Savonte’s start at UGA didn’t quite match his enthusiasm. He arrived in Athens the Saturday before classes started, giving him two days to figure out campus. This led to a frantic Monday morning.

“I could’ve walked 10 minutes to my class, but I got on an Orbit bus and didn’t know that meant ‘orbit,’ as in ‘going around the whole world,’” said Savonte.

This led to a late arrival to his first class. He went to eat lunch afterwards at Joe Frank Harris Dining Commons, and as he entered, a volunteer from the Christian campus ministry Georgia Navigators, or Navs, introduced himself.

“I felt that was God showing up in the midst of all my anger and frustration, and I knew I wanted my faith to grow, so I said yes and signed up to join Navs,” said Savonte.

But shortly after that encounter, another transportation misstep led to one more late arrival and a disappointing first day. As he tried to find his way back to his residence hall later that night, Savonte was kicking himself.

“As I’m walking, just looking down, something told me to look up,” said Savonte. “And when I looked up, I was at Wesley Foundation. I thought, ‘I guess I’m supposed to be here.’”

That night, Wesley, a college ministry, happened to be hosting a freshman-focused service, and Savonte connected with several of the organization’s leaders. According to Savonte, that was a turning point: “That changed my whole perspective, and gave me a good outlook for the whole year.”

“If it weren‘t for the kindness and generosity of the Storeys, I wouldn’t be at UGA. This scholarship has allowed me to grow in my faith, grow in my major, and get more involved at UGA.” 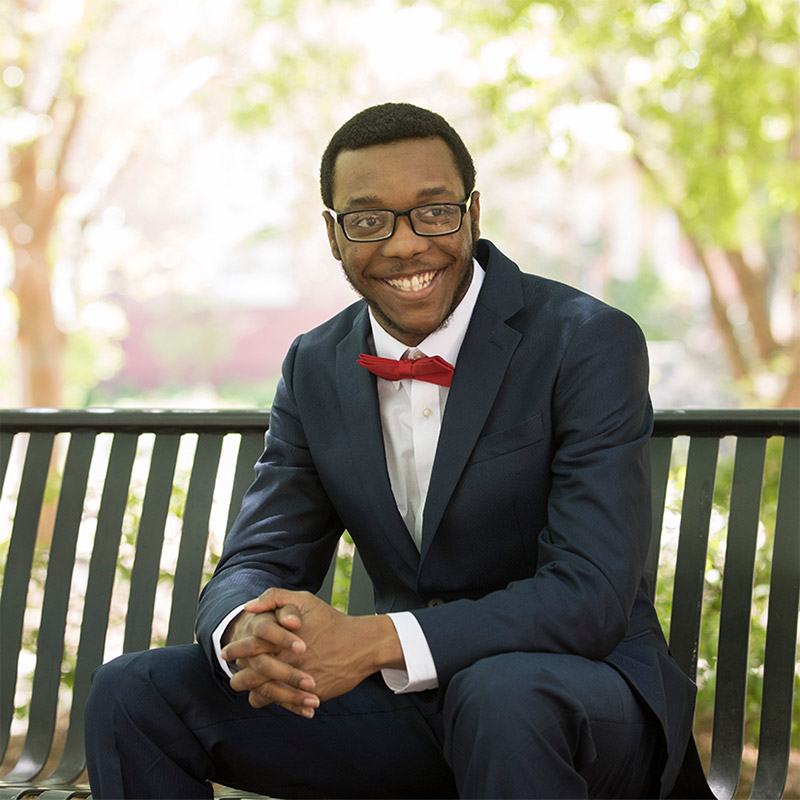 Savonte is the person his friends go to for advice. His decision to major in psychology reflects his desire to help people, and his endeavors at UGA are helping focus that professional ambition.

For instance, UGA freshmen must complete a First Year Odyssey Seminar, and Savonte’s course was about communicating with people with disabilities. This experience aided him during a spring break mission trip to Jamaica during which he visited a site for children with disabilities.

This and other experiences nudged Savonte to narrow his focus on pursuing a career helping children. He became involved with CrossTrainers, a Christian mentorship program in Athens, and he leads the fifth grade boys group at Athens Church. He’s also joining a traveling Winshape Camps team, setting up summer camps in seven states.

Without his scholarship, Savonte likely wouldn’t be able to participate in these or many of his other extracurricular activities. He might be working multiple jobs to support his education—if he was at UGA at all. Instead, donor support allows him to be an engaged, productive, important member of a multitude of Athens and UGA organizations.

Savonte is considering pursuing a doctorate at UGA when he finishes his undergrad work, but wherever his academic journey goes, his ultimate goal is clear.