Emily Giambalvo ’18 tells the stories beyond the game score.

When Emily started classes at Georgia, she thought she would work in data analytics, but after attending an information session for The Red & Black, she discovered journalism combined her myriad interests.

The Ramsey Scholar and McGill Fellow covered the Paralympics for the Associated Press through Grady Sports; and she traveled to South Korea to cover the Winter Olympics for TeamUSA.org.

After graduation, Emily will intern with The Washington Post, where she will write feature stories and cover sports.

“UGA has completely changed my career path, and I love it so much. I am grateful that UGA shaped me for what I am going to do for the rest of my life and gave me the people to support me.”

Growing up, Emily Giambalvo, a senior management information systems major, thought that she would chase hurricanes as a meteorologist, design roller coasters at Disney World or fight terrorism with the CIA. One thing she was certain about is that she wanted to attend college at the University of Georgia, and by the time she started classes, her mind was set on working with data. Then, after attending an interest meeting for The Red & Black student newspaper, she discovered that a career in journalism was the perfect way to follow all of her curiosities.

“I thought maybe a hobby in college would be making videos for a team,” Emily said. “A friend, who was older, said that if I wanted to work with one of the sports teams I needed to start writing. That’s why I went to the info session, because I wanted to do other things. Then, I accidentally became a journalist.”

She wrote a few stories during her freshman year, but at the time, the Bernard Ramsey Scholar had her eyes set on Russia. Her desire to journey abroad came from her Russian high school gymnastics coach. The Ramsey Scholarship offers students a study abroad grant, and that, combined with a scholarship from the Russian department allowed Emily to study abroad the summer after her freshman year.

“My coach was really influential on my life. I go visit him every time I go home, and it’s cool for me to be able to talk to him in Russian,” she said. “The Ramsey Scholarship is so good about encouraging students to do things like this, and there’s this attitude that it’s exciting, not scary. I think it’s important to put yourself in uncomfortable situations. My brain was being stretched.” 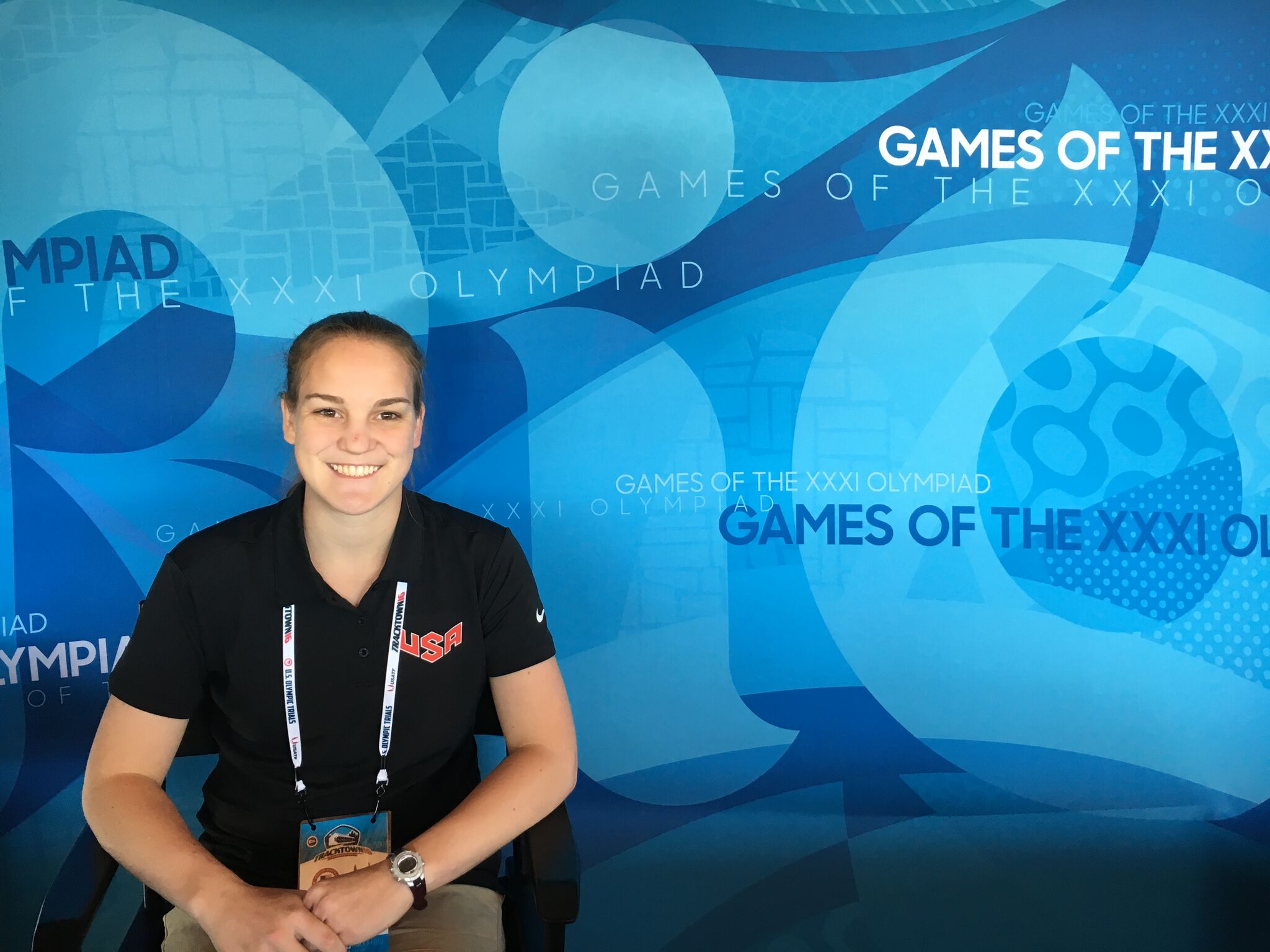 During her sophomore year, Emily started taking classes in the Grady Sports program with professor Vicki Michaelis, the John Huland Carmical Chair in Sports Journalism & Society. Emily says their encounter has been instrumental in shaping her career path. Michaelis has since become a mentor to the budding journalist.

“For one of my birthdays, my uncle gave me $50. I purchased a copy of USA Today from 9/11,” she said. “Professor Michaelis has an article in that paper about how 9/11 could affect the Olympics.”

When Emily purchased that copy of USA Today, she had no idea that she would go to the Olympics, too. After her sophomore year, she covered Olympic trials for USA Track & Field.

“Once I realized I wanted to pursue journalism, I decided I was going to be as good as I can be,” she said. “My mom raised me in a household that believes girls can do anything.”

“The Ramsey Scholarship is so good about encouraging students to do things like this, and there‘s this attitude that it’s exciting, not scary. I think it’s important to put yourself in uncomfortable situations. My brain was being stretched.” 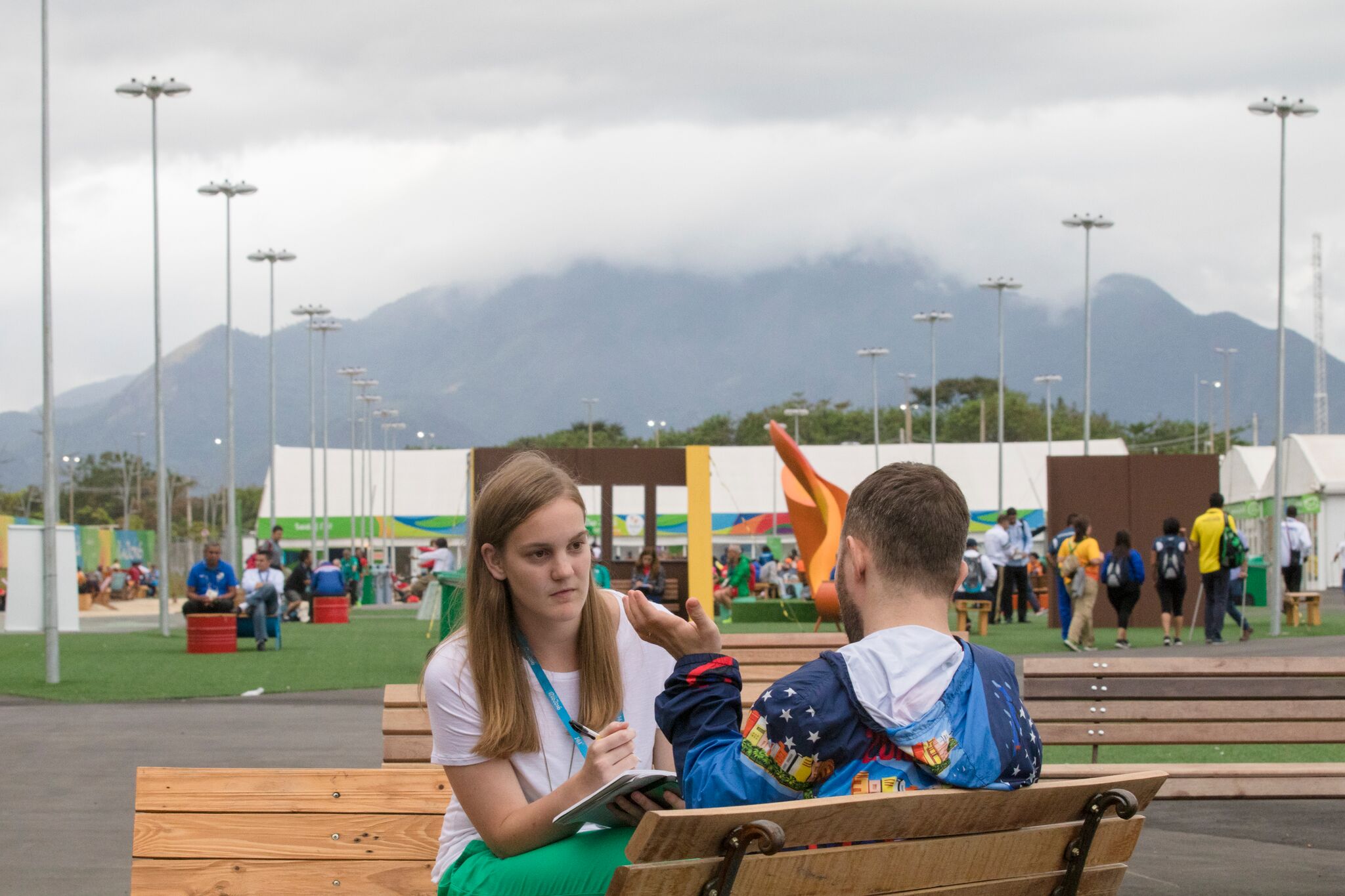 Emily conducted interviews with athletes at the Paralympics in Rio de Janeiro. 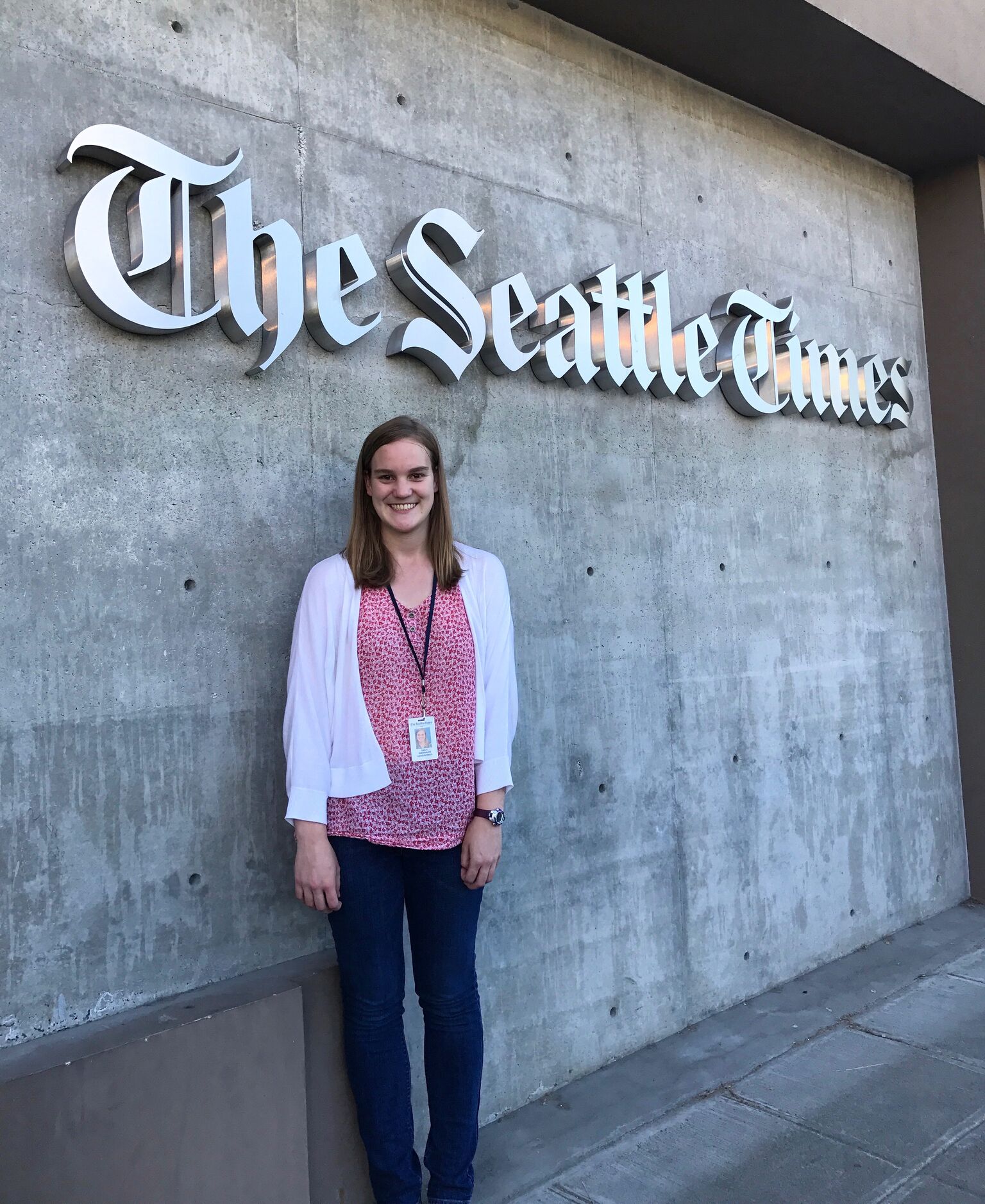 Emily participated in a summer internship at The Seattle Times.

During her junior year, Emily was one of nine Grady students selected to cover the Paralympics in Rio de Janeiro for the Associated Press.

“I know sports writers at other schools,” Emily said. “The types of things we are doing in Grady Sports–getting to cover worldwide events–other schools are not doing this. I’m so grateful.”

While in Rio, Emily planned to write a simple article about a homeless man who became a Paralympic table tennis player. But, as the story unfolded, it became a heartwarming tale about using sports as an escape from an abusive family. The story was posted to the AP website and picked up by The New York Times.

“I got the link from The New York Times and I printed it out,” she said. “It’s still on my wall. To see my story under their italicized headline was unreal.”

After the Olympics, the wins kept coming. She wrote an article for Grady Sports about a cross country team of refugee athletes that was picked up by ESPN.com. She interned with The Seattle Times, where she wrote 51 articles covering high school, professional and other sports. And she eventually won the Associated Press Sports Editors Student Sports Journalism Contest.

Emily, who is also a McGill Fellow, is traveling to South Korea to cover the Winter Olympics for TeamUSA.org, which involves becoming an expert in the who’s who of winter sports—a different experience than writing about the Rose Bowl or the National Championship.

“Journalism teaches you how to become an expert in anything in an hour. I use Google and I read a lot, especially Sports Illustrated and ESPN The Magazine. You have to be naturally curious. It’s also acknowledging what you don’t know and being willing to ask questions.” 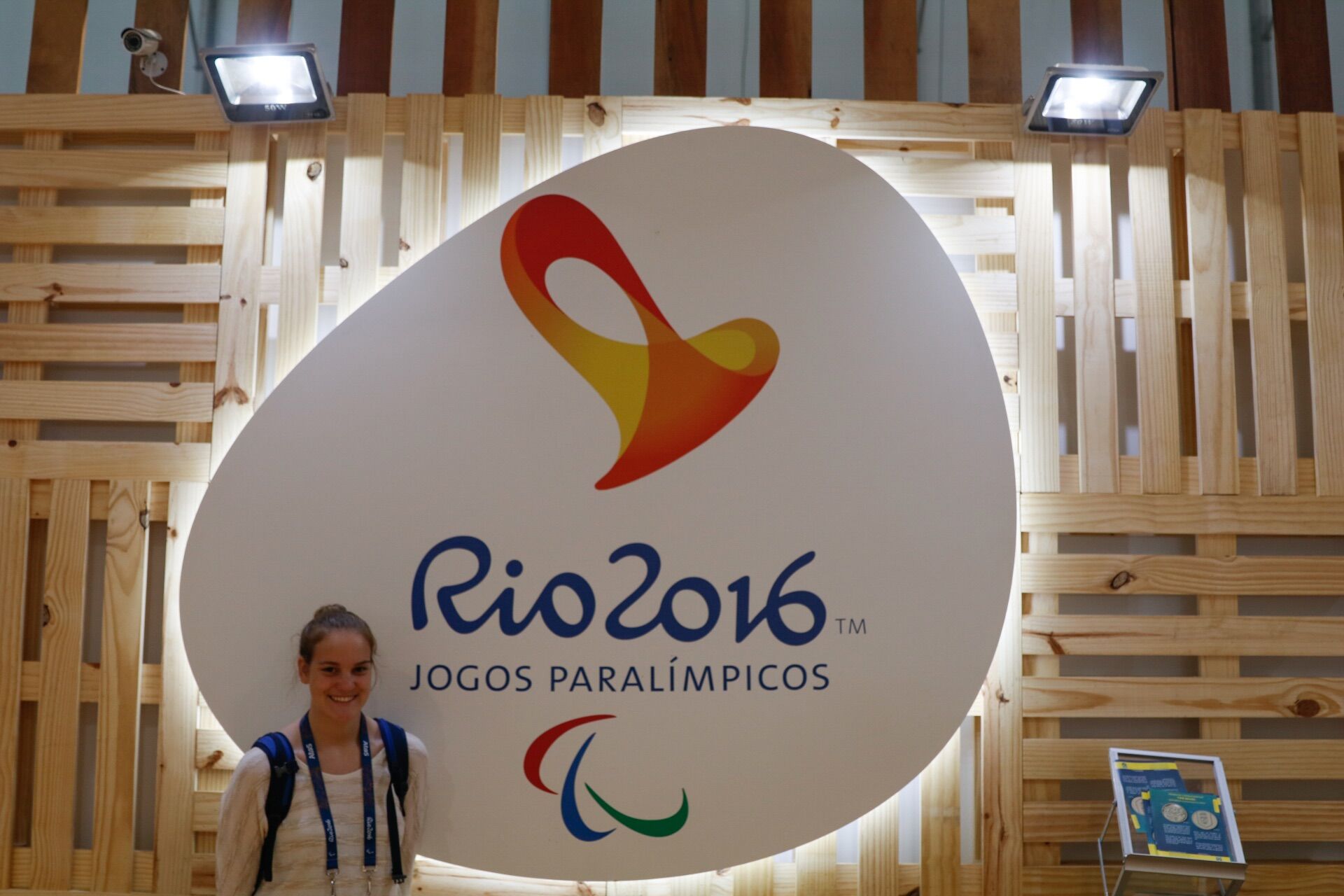 After graduation, Emily will intern with The Washington Post, where she will write feature stories and cover sports. She calls the opportunity to intern at the paper surreal, and says that she will forever be grateful that her dream school awarded her such wonderful opportunities inside and outside of the classroom.

“I love The Red & Black; it has given me everything. Those people have become my closest friends. We play flag football and have Thanksgiving dinner. UGA has completely changed my career path, and I love it so much. I am grateful that UGA shaped me for what I am going to do for the rest of my life and gave me the people to support me.”

Update:  Emily started as a sports editor at The Red & Black after graduation.

Commit to enhancing the learning environment

Elizabeth and Joey Powell give back to Grady
Scroll to top