A competitive applicant, Carmen Liu ’19 chose UGA because of its scholarship support.

Carmen is a Coca-Cola First Generation Scholar and is the first in her family to attend college.

She was accepted into many prestigious universities and chose UGA because of its scholarship support.

Carmen is pursuing a degree from the Terry College of Business, while minoring in Chinese.

Following her passion for real estate, she interned at a real estate firm in Shanghai.

“There are so many career paths, majors, minors, certificates that students can pursue. UGA is a well-rounded school. It helps students gain all of the characteristics that any company would want when they are interviewing for a new candidate.”

A drive to establish a successful career in business motivates the University of Georgia’s Carmen Liu ’19. Carmen was accepted by several other prestigious universities, but ultimately chose to attend UGA because of the scholarship support the university offered. With the financial stress of affording tuition lessened, she is able to focus on her ultimate goal: a promising job after graduation.

Carmen was awarded a Coca-Cola First Generation Scholarship, which supports academically outstanding students who are the first in their families to attend college. These scholarship recipients also receive mentorship that helps them adjust to college life to ensure academic, cultural and financial support throughout their undergraduate experiences.

“Being a Coca-Cola First Generation Scholar motivates me to do better, to do more, to learn more,” said Carmen. “This scholarship will forever be a motivator for me to do my best and to one day support other UGA students going through the same obstacles that I once had to overcome.”

Carmen and her family emigrated from China when she was 6 years old, eventually settling in Duluth, Georgia. As soon as she arrived in the U.S., Carmen “felt lucky to be in America, where the education system is great and [she] could learn so many new things.”

When Carmen’s parents first heard about her Coca-Cola First Generation Scholarship, they were ecstatic and proud.

“A lot of first generation parents want to give their children what they never had. I’ve realized the things that my parents have sacrificed in order for me to be in this country.”

Now, Carmen is pursuing a degree from the Terry College of Business, while minoring in Chinese. She is eager to explore Terry’s many majors to determine her preferred career path. She also is pursuing internships that will help her make an informed decision.

“Being a Coca-Cola First Generation Scholar motivates me to do better, to do more, to learn more.” 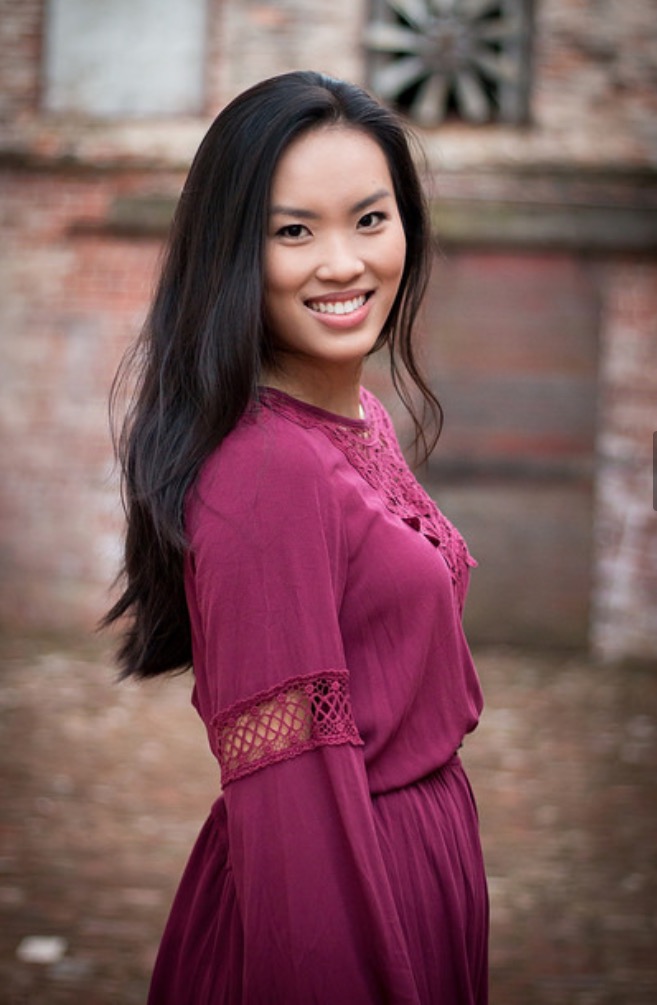 A foot in the door

At a young age, Carmen discovered she was keenly interested in house hunting.

“I remember on my parents’ days off, I would schedule appointments with real estate agents, just so I could follow them around to look at houses,” said Carmen. “Real estate has always been my passion.”

The summer after her first year at UGA, Carmen interned in Shanghai with Townscape Housing, a real estate firm that specializes in finding rental homes for expats and their families. In this role, she mainly focused on researching Shanghai’s housing market, developing content for the company’s website and blog, and learning about communicating with clients from a variety of cultural backgrounds. In addition to improving her marketing skills and real estate knowledge, Carmen practiced her Chinese in a professional setting. This experiential learning opportunity, now required by UGA, is helping the business major determine if her passion for real estate will be her professional calling.

While Carmen is interested in pursuing a career in real estate, she is keeping her options open. She is a member of both Circle K International, a community service organization run by students, and the Chinese Student Association. She aspires to get even more involved on campus.

“My goal is to learn all the skills I need to get a job. There are so many career paths, majors, minors, certificates that students can pursue. UGA is a well-rounded school. It helps students gain all of the characteristics that any company would want when they are interviewing for a new candidate,” said Carmen.

Sumita Dalmia has a passion for helping others
Scroll to top