The DAN B. FRANKLIN Distinguished Professorship

A bequest from the estate of Dan B. Franklin, (BLA’63), established the Dan B. Franklin Distinguished Professorship in the College of Environment and Design.

Franklin first received a degree in economics from UGA in 1938. After a successful career working for the R.C. Cola Company, he returned to the university and earned a BLA with an intense interest in landscapes and gardens in 1963.

A prolific and successful garden designer in Atlanta and throughout the Southeast, Franklin received numerous awards during his long career, including the Lifetime Achievement Award from the Georgia Chapter of American Society of Landscape Architects (ASLA) as well as the organization’s highest honor, being inducted as a Fellow.

The professorship named in his honor is intended to help a scholar/educator who shares his passion for plant life promote education, research and service excellence in landscape architecture, garden design and horticulture in particular.

“It is important to think about the future and work to reduce the footprint of humanity and leave a healthier world for future generations. The way we plant and manage everyday landscapes from farmland, to roadsides, to your front lawn has a lasting impact on entire ecosystems and our future ability to thrive on the planet.”

UGA’s Brad Davis cares about plants from aesthetic and environmental perspectives, and he enjoys igniting a passion for plants knowledge and ecological planting design skill in the next generation of landscape architects.

Most Americans zoom down highways, not giving much thought to the land on the roadsides. If roadside vegetation gets too tall, the public often complains. Generally the public prefers a golf-course aesthetic. But is mowing the best option? Brad Davis says no. 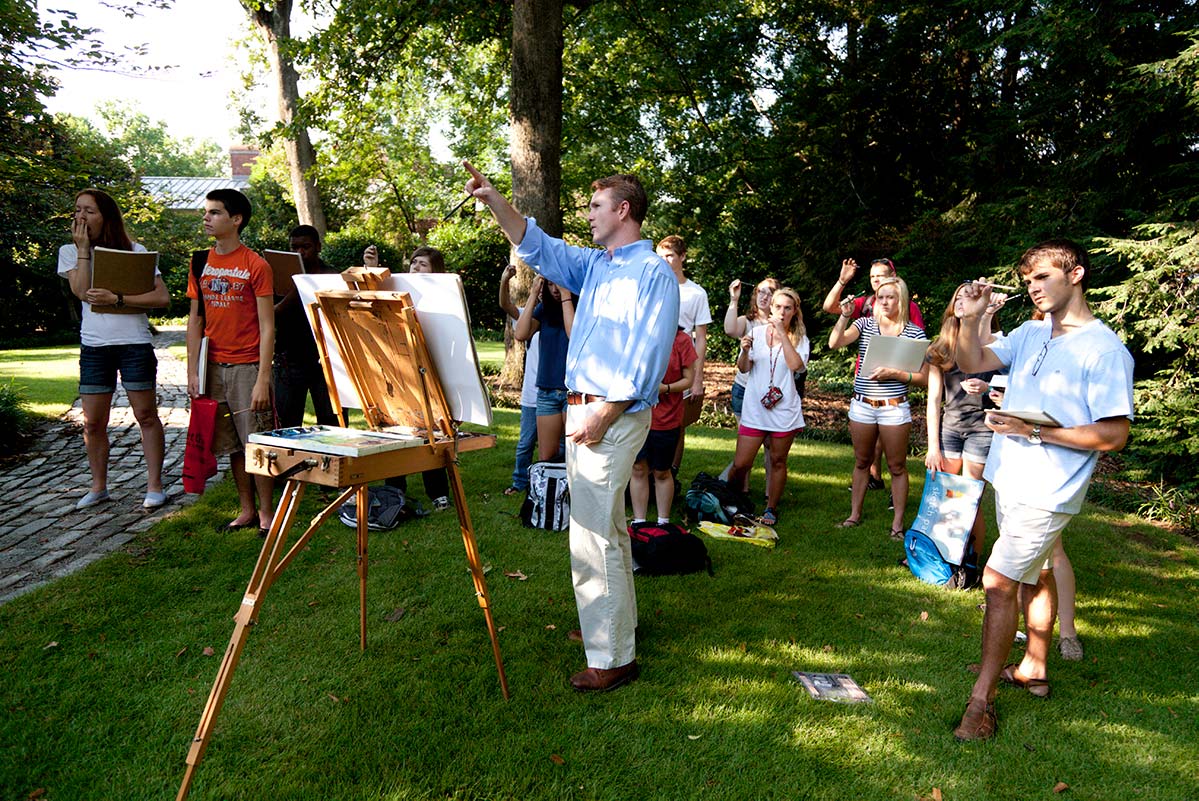 Davis’ work delves into identifying the right native seed and soil mixes to create repeat flowering meadows on roadsides and utility corridors. Meadows serve as natural habitat for pollinators and create a pleasant and seasonally changing view for the public’s enjoyment–requiring less management than turf. He advocates emphasizing use of flowering plants, or forbs, with decreased use of grasses to make our roadways attractive to the public, supportive of pollinators, healthier for the planet, and more cost-effective for the government to maintain through reduced mowing. 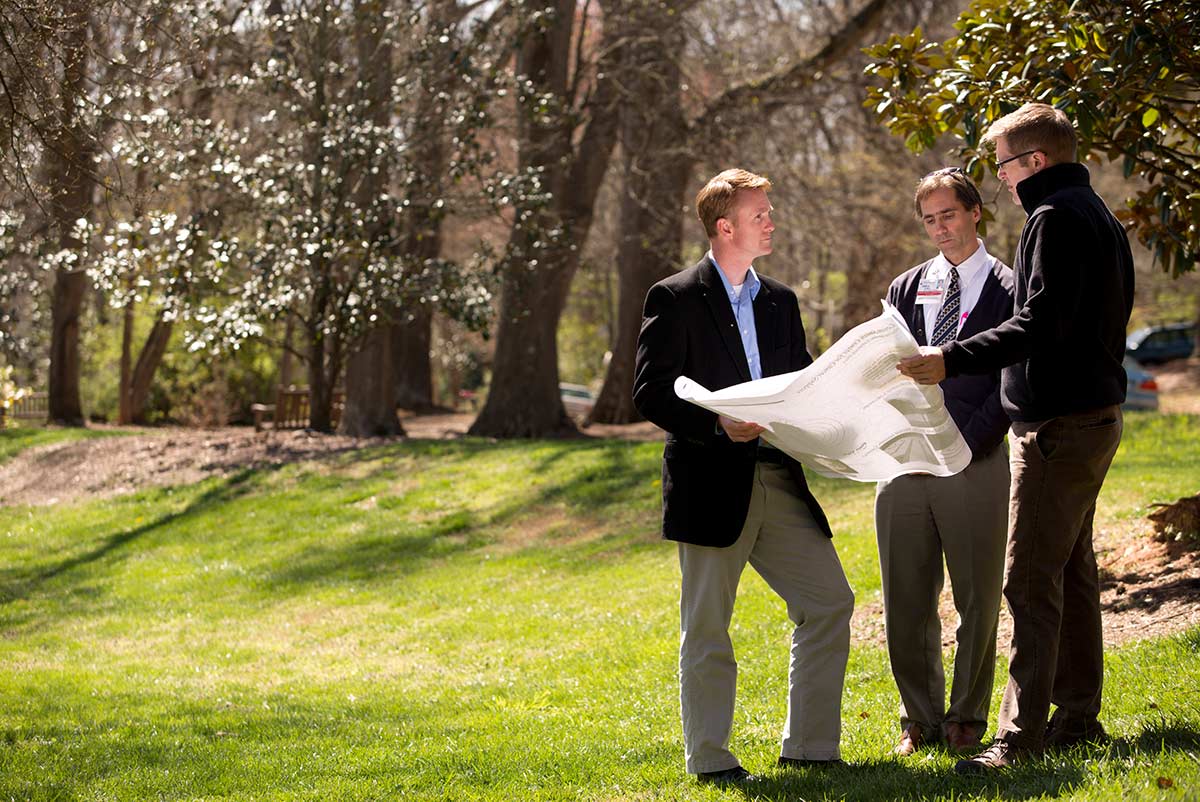 His students are exposed to the latest in plant research, and are engaged in trials, field data collection, and other scholarly activities through the UGArden. They also are offered opportunities to present their own research findings at conferences and symposiums. The availability of rich experiential learning opportunities is one of many factors that led to CED’s high rankings in Design Intelligence polls as a school whose graduates employers most wish to hire. The UGA undergraduate program in landscape architecture is ranked number four overall in the nation. 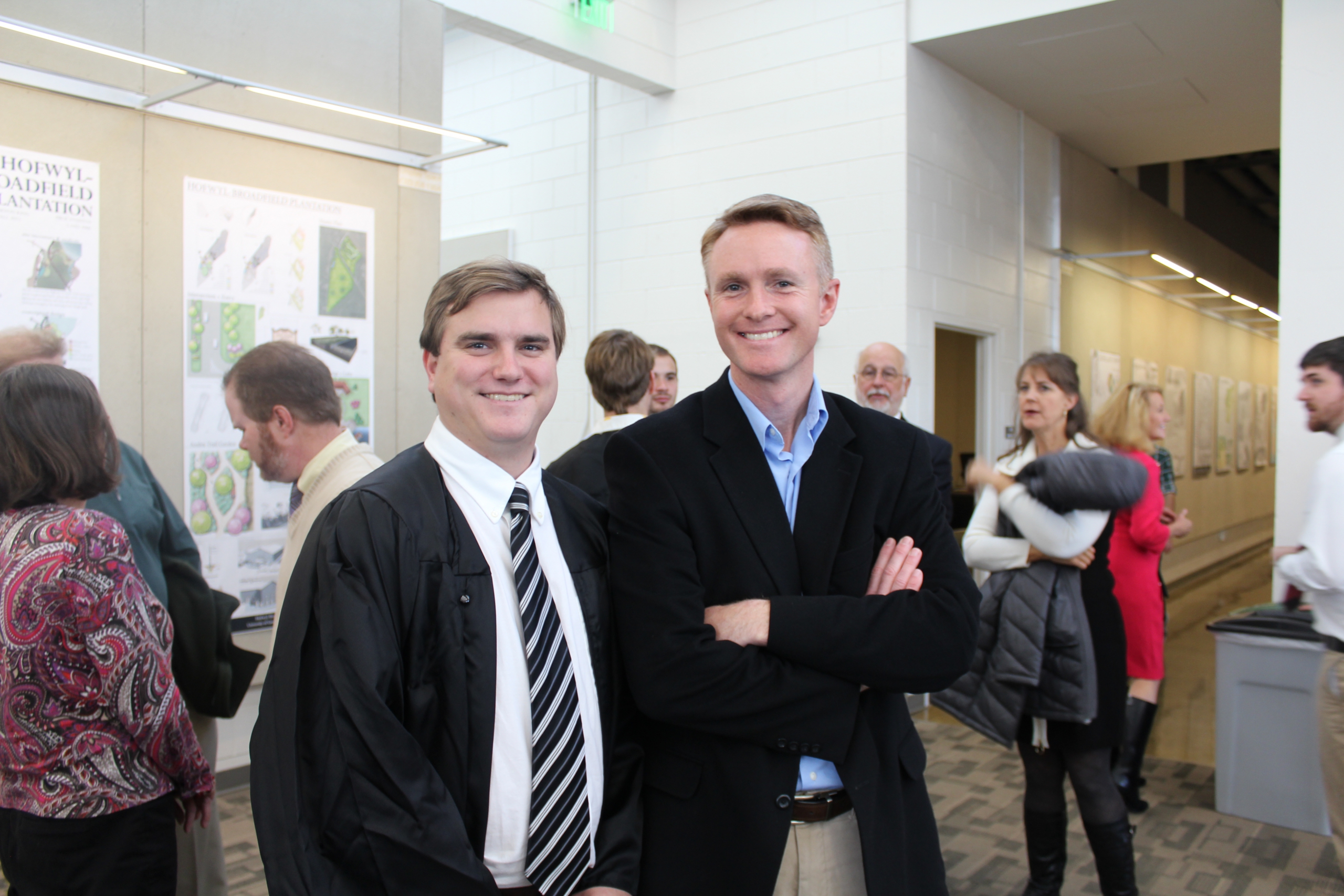 Davis’ work, aided by funds from a bequest which established the Dan B. Franklin Distinguished Professorship, has led to a partnership with the Georgia Department of Transportation, The Ray, and The Land Institute to advance environmental stewardship through research on the roadside. Elevating the stature of the university even more, his research will be featured in an upcoming book to be published by the University of Georgia Press, Plants in Design, co-authored by fellow CED Professor David Nichols.