Bobbi Sahm (BBA ’92) promised her mother she would graduate from college one day.

The road to that day was 30 years long, but it enabled her to make amazing commitments to her hometown and to generations of UGA students.

When Bobbi Anne Meeler was a student at Athens High School (now Clarke Central), she promised her mother she would graduate from college. Stella Belle Meeler, a single parent who had not graduated high school, politely took her daughter’s word.

“She probably hoped I meant that, but neither of us were 100 percent certain I would do it,” said Bobbi.

Today, Bobbi works in the Dallas, Texas, office of a family-owned, international business she and her husband started in a spare bedroom 50 years ago, and her UGA philanthropy will support her hometown and help countless students come to campus and thrive.

Her path from Athens to Dallas went through Atlanta and California, it brought children, it swung from business failure to stunning success and, yes, it got her a college degree—in exactly that order.

“I was probably the original latchkey kid,” said Bobbi. “I even wore the house key around my neck. My mother was working two or three jobs, so many times, I had to be home by myself.”

Bobbi started working at 13, and she saved her money. By the time she made that promise to her mother, she had enough to pay for college. And for Bobbi, college meant one thing.

“It was always going to be UGA,” said Bobbi. “I only lived about four blocks from the Arch. I never considered anything else.”

Bobbi graduated high school in June 1958 and started summer classes at UGA just a few weeks later. She fell in love with college. Living on campus, joining a sorority, attending class, savoring her social life: These were the hallmarks of what Bobbi calls, “the most fabulous years of my life.” 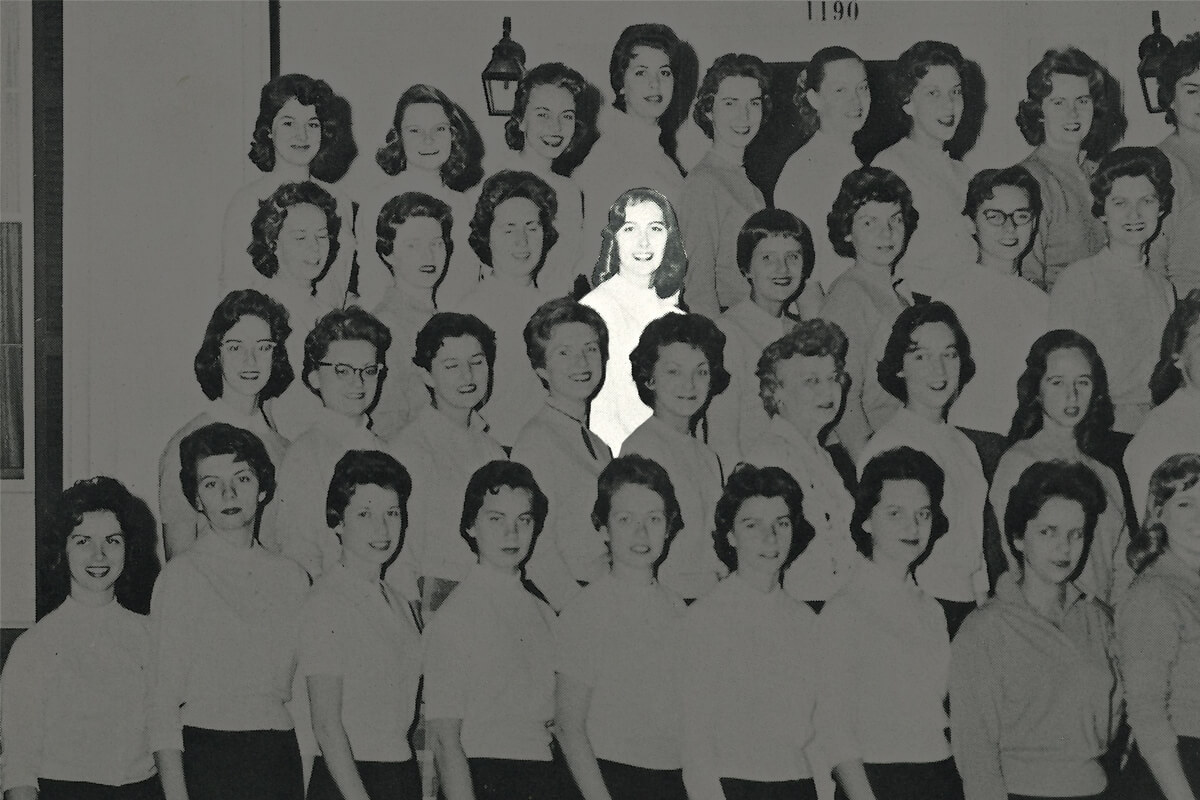 Bobbi stands with her Alpha Omicron Pi sisters for a photo in the 1959 Pandora yearbook.

After three years at school and a bump in the road, she decided to move to Atlanta with friends. Bobbi started working at a bank and met a neighbor named Victor Sahm.

Over the course of two years, she came to know him as a charismatic salesman who liked to have a good time, while he and his friends referred to Bobbi and her roommates—who led a rather reserved lifestyle in comparison—as “The Nuns.” Needless to say, their relationship was contentious. But not for long.

“At one point, Vic asked me out, and I said to my roommate, ‘you know what? I think I’m going to go out with him and just teach him a lesson,’” said Bobbi. “Well, either I’m a poor teacher or he’s a terrible student, because 56 years later, I am still trying to teach him that lesson.”

Building a family (and a business)

In 1965, seven months after they started dating, Bobbi and Vic married. That same year, Vic’s employer transferred him to California. In their three years there, the young couple had two children: a daughter, Sharon, and a son, Beaude. By year three, though, Vic felt a pull toward his home state of Texas and requested a transfer. The company obliged, and the family headed to Dallas.

About a year after the move, Vic met a customer who pitched him on an idea. This customer wanted to go into business with Vic, but Vic—the Sahm family’s breadwinner—would have to quit his current job.

After much deliberation, he did, and Vic and his new partner created Southwest Plastics. They designed their new product—a plastic, wheel-based, self-feeding system for cattle—they manufactured it, they sold it, and upon its first use, it was an immediate failure.

“I remember one of those years, right after everything fell apart, we were raising two children and we had a total income of $6,000,” said Bobbi.

But despite the failure, Vic saw something that could be salvaged: Parts of the product—the wheels—were undeniably well-built, so he took those parts and hit the road, selling them to companies who also saw the value.

Back home, Bobbi worked the phones and handled the paperwork. With the two of them operating the business from Vic’s car and a spare bedroom, their sales went steadily up and they added more agricultural products to the line until their success spawned a second company, Maxi-Lift, which would go on to become the premier supplier of elevator buckets worldwide.

“I owe all this to my husband,” said Bobbi. “He is a visionary, a super salesman and a pain in the backside to live with sometimes, but everything we have, it’s God-given.” 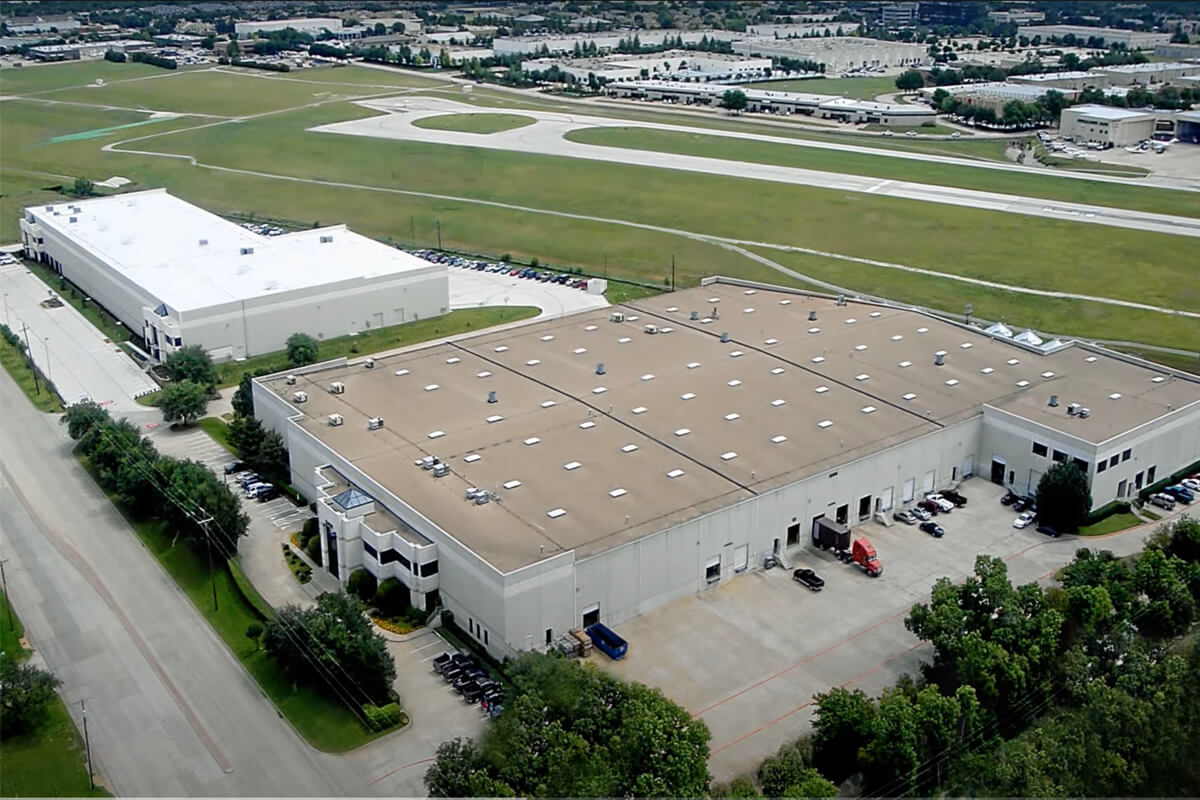 The Maxi-Lift headquarters is in Addison, TX, just north of Dallas.

“The two best times of my life”

By the early ’90s, Bobbi had spent over 20 years in Texas, helping the businesses become successful, but she never lost sight of Georgia. After helping both of her children set out for college, she thought about home, her family there and the promise she made to her mother.

“I realized I was the only member of my immediate family who wasn’t a college graduate,” said Bobbi. “I really didn’t have any reason not to do something, and I wanted to spend some time with my relatives back home, and this gave me the perfect opportunity to do that.”

So, in the spring of 1991, Bobbi Meeler returned to UGA as Bobbi Sahm after three decades away. She had just as much fun the second time around.

“I had two of the best times of my life at UGA,” said Bobbi. “It was wonderful. As a matter of fact, I made lots of new friends. I went to several of the professors’ parties. And the students were wonderful. I sort of became, I guess, like the room mother, house mother or something.”

In 1992, exactly 30 years after her originally planned graduation date, Bobbi earned a Bachelor of Business Administration. 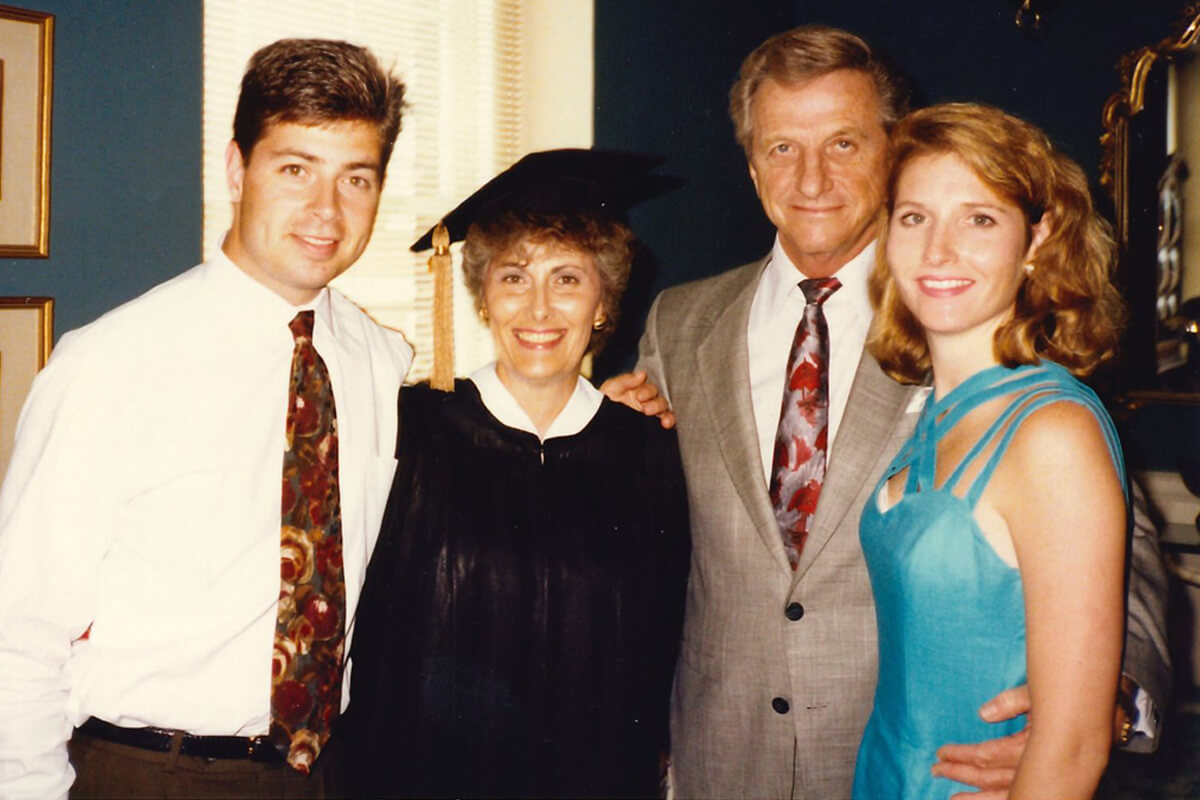 To whom much is given

Since becoming an alumna, Bobbi has attended UGA events in Dallas, she cheers for the Dawgs during football season and she’s made a number of generous gifts to the university. In 2011, she created the Belle Scholarship, named in honor of her mother, which awards need-based aid to a student from Athens-Clarke County.

But even with multiple scholarships helping Athens students in her mother’s name, Bobbi wasn’t done. Earlier this year, she pledged a planned gift which will nearly triple the awards provided by the Belle Georgia Commitment Scholarship Fund and create two new endowments supporting her hometown community.

“We have a family foundation that we started about 15 years ago, and our motto is ‘to whom much is given, much is expected,’” said Bobbi. “And that’s how I want to live my life.”

Her love of UGA and Athens even inspired her family to create a scholarship at the university in 2016. At a special ceremony in Athens, Bobbi stood next to her son, Beaude, and grandson, Harper, as the name of the scholarship was revealed: the Bobbi Meeler Sahm Promise Scholarship.

Her commitment to education, to giving back, to UGA and to Athens all begins with that promise. It started her UGA journey, it brought her back to campus 30 years later, it inspired the scholarships that carry her mother’s name, and it’s now a part of other students’ UGA journeys through her son’s scholarship. Her latest pledge is one more extension of it.

Years from now, her legacy will be found in the alumni who made promises of their own to mothers, fathers, grandparents and families and who, despite the odds, entered the same alumni family as Bobbi Sahm because of Bobbi Sahm. 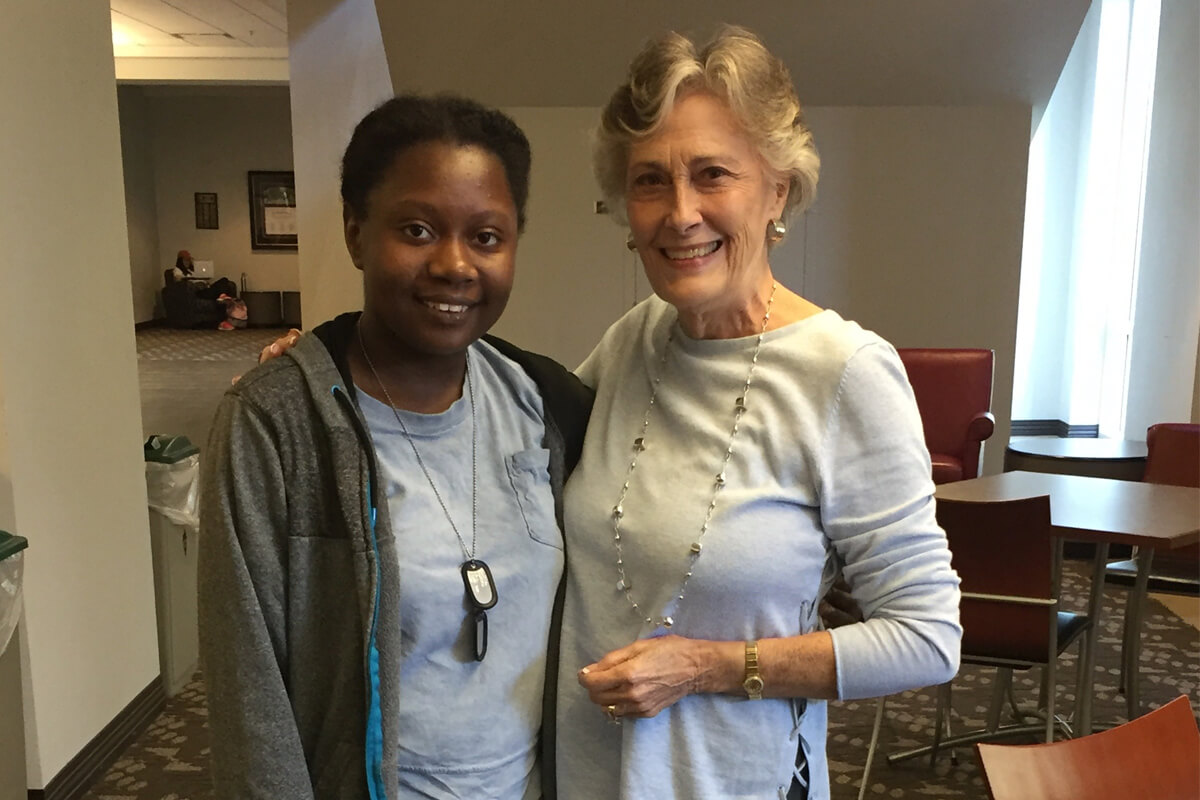