Anna Martirosyan wants every child to know their school counselor

Anna moved to Georgia from Russia in the eighth grade during the middle of the school year.

Scholarships and grants from UGA helped her realize a childhood dream of studying in Latin America.

Anna is pursuing her master’s degree in professional school counseling at UGA. Last semester, she completed a practicum with middle school students, and this year she will be working with high school students in Atlanta. No matter the age group, Anna wants students to know that they are not alone.

“Moving to a different country, not knowing much about it, and not speaking the language, made me realize that I wanted to help other kids who feel like they don’t belong. I want kids to know that they belong and that they all have the right to an education.”

Anna Martirosyan moved to Georgia from her native Russia in the eighth grade during the middle of the school year. The then 14-year-old knew very little spoken English and often felt alone and disconnected. When she graduated from high school, she vowed to devote herself to ensuring that other students did not experience the same loneliness that she felt in a new place. This is why she decided to triple major in psychology, Spanish, and Russian at the University of Georgia. As an undergraduate, Anna received the Choate Family Scholarship, and graduated with a 3.9 GPA in 2016.

“I took a psychology class in high school and I loved it so I knew I wanted to continue,” Anna said of her choice to major in psychology. “I have a passion for languages, and though I speak Russian fluently, I missed reading Russian literature. I started taking Spanish in high school and fell in love with it. It was difficult for me to choose just one major, so I chose all three.”

Outside of the classroom, she found a community through extracurricular activities and her work study job. She was a peer mentor for the UGA Athletic Association, a member of the Russian Club, a world leader in International Student Life Orientation and she helped organize on-campus blood drives for the Red Cross.

However, she says that her most memorable college experience was in her work study position in the Hugh Hodgson Music Library. She already had a love for music and her supervisor Kevin Kelly, Ph.D, reinvigorated that passion when he invited her to join the Athens Chamber Singers, of which he is the director.

“In Russia, I attended a school of music, so I had some experience of learning how to sing,” Anna said. “When I was offered to sing with the choir they wanted me to sing Armenian music. It was very special for me, because I am ethnically Armenian (although born and raised in Russia). It was wonderful to share a piece of my heritage with everyone in the audience. My parents came too, and they were very touched.”

She sang Russian choral music at one of the choir’s concerts and continues to sing with the group today. The music library is her second home and the staff feels like family to her.

“When you receive a scholarship, you don’t really get to put a face to the name. When I met her, it was a completely different experience. I realized that it was a person just like me who donated, which made me think that if she did it, I can do it too.” 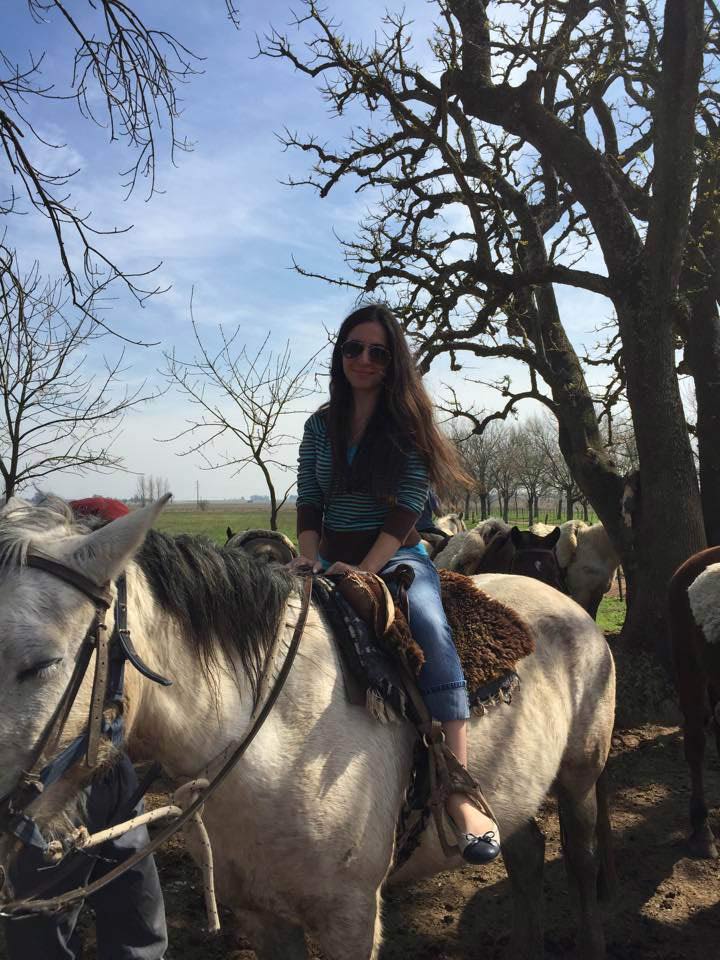 From Argentina with love

Her community expanded when she studied abroad in Buenos Aires. She recalls watching Russian films set in Argentina while she was growing up, so when she discovered the UGA en Buenos Aires program, she was determined to participate. Anna received a scholarship from the Office of International Education, the Scott Sikes Award for outstanding Russian major from the Department of Germanic & Slavic Studies, as well as the Craige Global Fellows Scholarship to help her realize a childhood dream of studying in Latin America. She was able to meet Betty Jean Craige, Ph.D. and thank her for that scholarship.

“When you receive a scholarship, you don’t really get to put a face to the name,” Anna said. “When I met her, it was a completely different experience. I realized that it was a person just like me who donated, which made me think that if she did it, I can do it too.”

She took psychology and Spanish courses in Buenos Aires, and she also participated in two internships where she shadowed psychologists and physical therapists. It was at the ORY Civil Association, a center for adults with developmental disabilities, that she realized she could pursue a career to improve others’ lives. She assisted in the cooking and physical education classes, and had the opportunity to teach her own workshop to the residents to help them learn computer skills, and about her experiences in America.

“I got to have my own workshop with the residents. It worked perfectly because I was able to apply what I was learning in my psychology classes,” Anna said. “I still keep in touch with the adults at ORY; they have a Facebook group, where I can follow their activities and workshops, and they send me messages from time to time. I also kept all of their nice letters and drawings that they did for me, which remain very valuable and dear to my heart.” 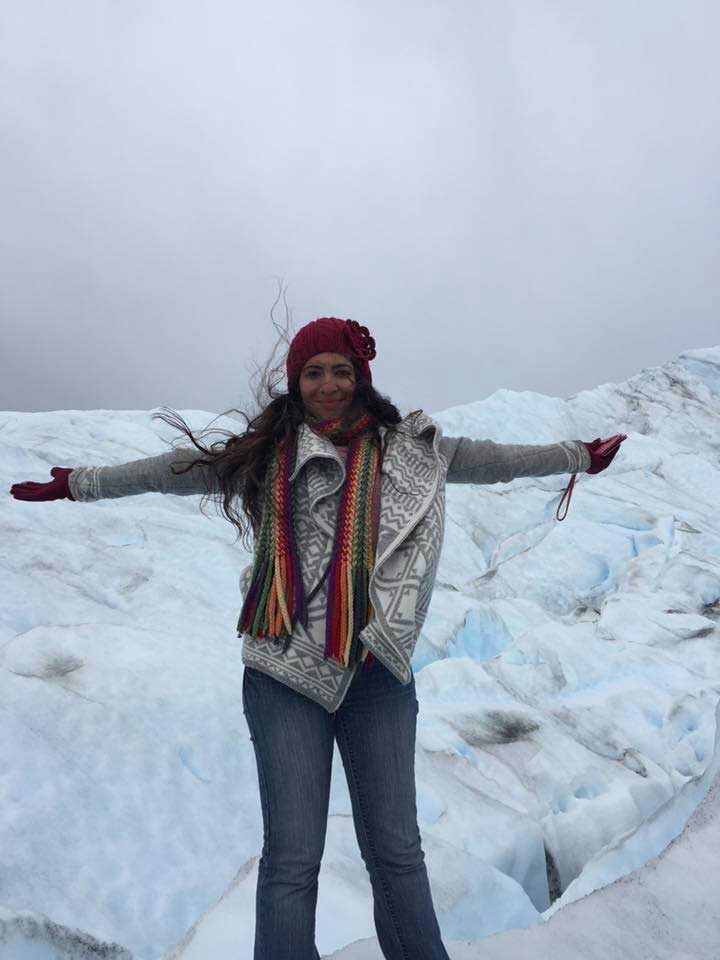 A place to call home

Today, Anna is pursuing her master’s degree in professional school counseling at UGA. She completed a practicum at a middle school and has developed an affinity for that age group, but she remains open to working with other ages.

“I love all kids of all ages and developmental stages,” she said. “I came into the program thinking I wanted to work with high school students, but when I had my practicum at a middle school, I thought that was fun as well. Any level would satisfy me.”

She participated in a research project with professor Leonard Martin in his personality and idea pairing lab, where they studied how different societies affect optimal brain functions. She also recently assisted a Ph.D. student who was researching the role of school counselors in rural school districts. Anna was charged with finding literature and scientific articles about the multifaceted role that counselors play in underserved areas.

During the 2017-2018 school year, she will be interning at a high school in Atlanta and serving as a part-time counselor. She also plans to pursue a specialist or doctoral degree in the future. The research and study abroad opportunities at UGA are preparing Anna to make a difference in the way students feel about going to school.

“Moving to a different country, not knowing much about it, and not speaking the language, made me realize that I wanted to help other kids who feel like they don’t belong. I want kids to know that they belong and that they all have the right to an education.”