Diana Hoang is not the first in her family to study at the University of Georgia. Her brothers Wesley (BS ’19) and Hanson (BSME ’20) also attended the university as undergraduates before her.

One might think this could bring expectation and pressure, but not for Diana. Once she got to campus, she instantly fell in love with every part of UGA. “It turned out to be a lot more fun than I anticipated,” Diana said. “Like, there was a reason why my brothers went.”

Diana is a third-year student majoring in public relations, minoring in general business and communications studies and pursuing a certificate in new media.

In her first year, she received the Genuine Parts Company Georgia Commitment Scholarship. The Georgia Commitment Scholarship program, launched in 2017, provides unique support for recipients and has attracted a large amount of support from UGA donors: more than $100 million in private gifts has been committed to need-based aid through the program.

Thanks to her scholarship, Diana has been able to pursue numerous opportunities within her field and get involved on the UGA campus.

“Instead of worrying about working all the time or trying to make a certain amount to meet my living expenses, I am able to focus more on school, my social life and how I want to grow professionally,” said Diana. 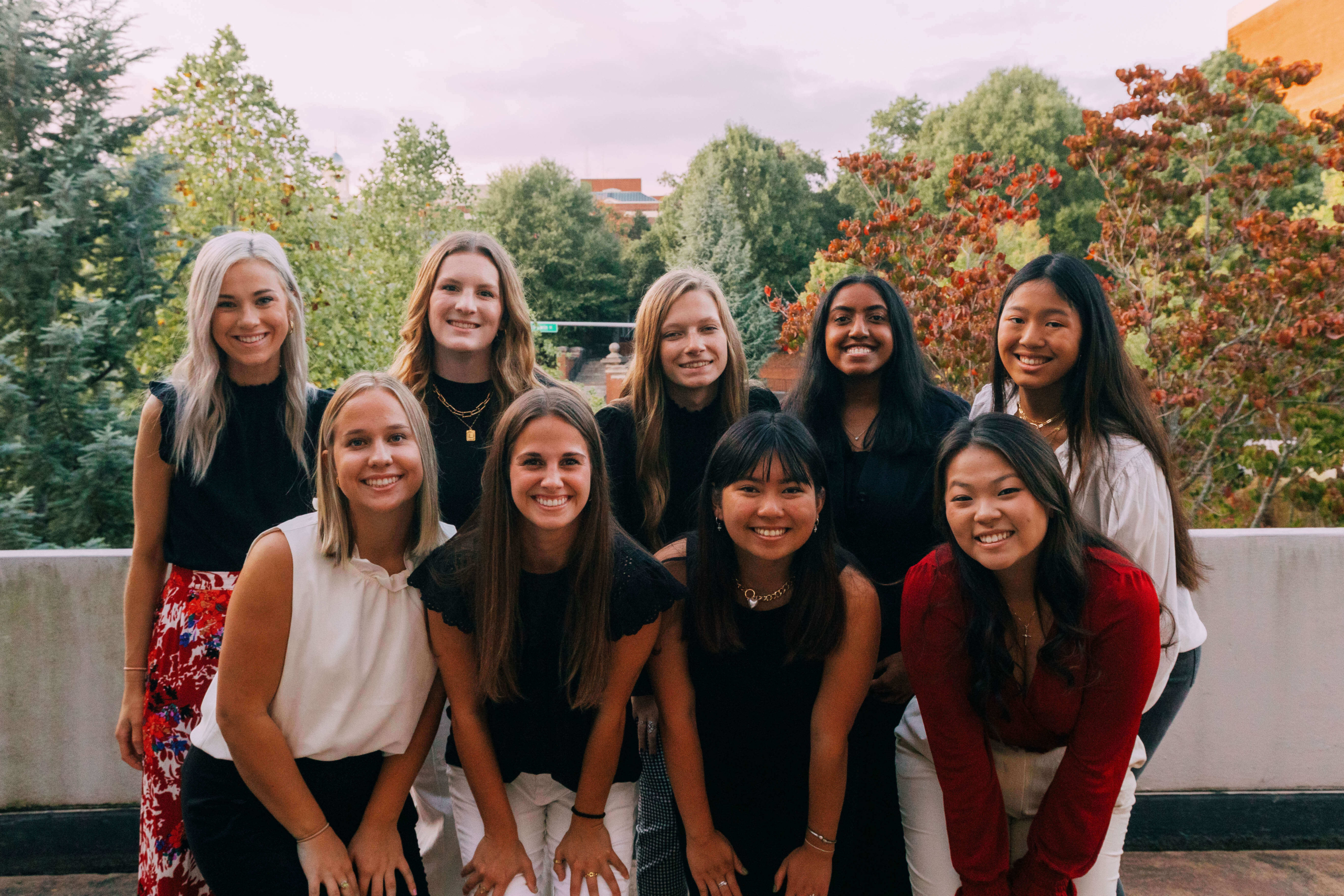 Diana (bottom right) with her client team in Talking Dog.

Diana currently acts as a public relations specialist for Talking Dog, a student-run advertising and public relations agency within the Grady College of Journalism and Mass Communication. At Talking Dog, Diana works in an environment similar to most professional agencies, preparing her for a career after college.

“A lot of my experiences were more direct to the real world and real people on the other end, and it never felt like it was busy work,” she said. “I felt like with all of my diverse experiences, I was able to take the skills I learned and translate them to other parts of my life, whether it was big or small.”

“Getting involved in cultural groups has been a really big part of my UGA experience, and I think that they are what made it as great as it is today,” she said. 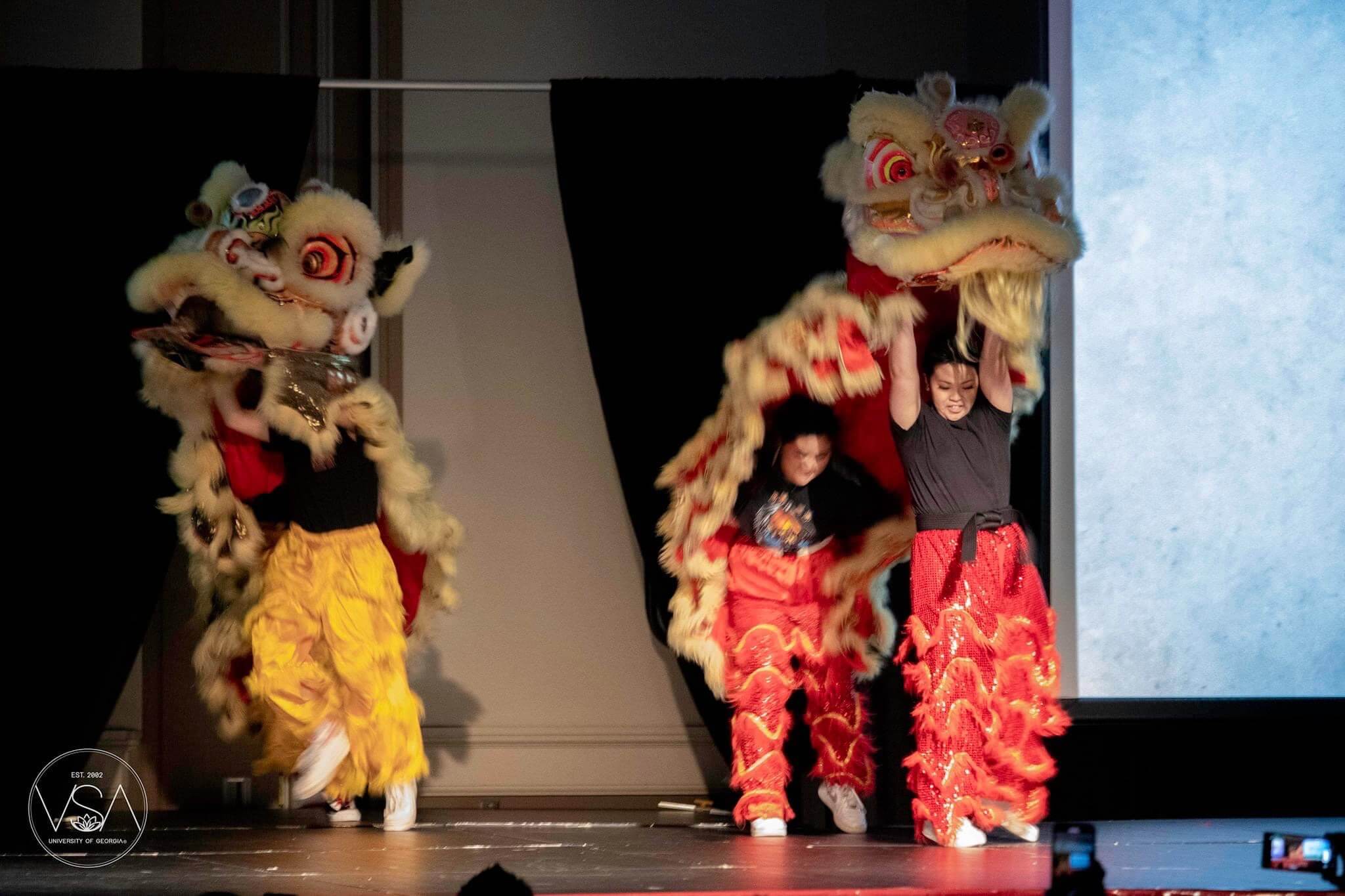 Diana (right) performing as part of the lion dance during the VSA’s 2022 Cultural Night, Night in Saigon.

Heading into her fourth year at UGA, she has a summer marketing internship lined up with Genuine Parts Company, the global automotive business for which her scholarship is named. Matthew Brigham (BBA ’01), vice president and assistant treasurer at Genuine Parts Company, was a valuable connection when she first expressed interest in applying for the company.

Matthew and his colleague David Haskett (MBA ’14) heard about the Georgia Commitment Scholarship Program through the UGA Board of Visitors. They jumped at the opportunity for their company to get involved at UGA, support students in Georgia like Diana and be a networking resource to current students.

Though the idea of graduating is still distant, Diana has already begun thinking about her future. With all the various experiences and internships that she has accrued, she hopes to find a company or organization she can fall in love with and look forward to working for.

“I have enjoyed all of my experiences thus far. I’m very open to whatever comes,” Diana said. “I don’t have a set plan yet, but wherever life takes me, I am ready to go.”